Health and Human Services, headed up by the always brilliant and vivacious Kathleen Sebelius, is once again making every effort to ensure good stewardship over the 30 million Americans without healthcare.

Even if it means canceling the policies of 100 million Americans who already have insurance.

Nevertheless, in keeping with that sort of logic, in response to foreseeable expanded needs and in order to reduce already-unaffordable Affordable Care Act costs, the HHS is planning on spending $7 billion to – you guessed it – look for ways to save money.

None of this makes any sense. That’s why to understand liberal reasoning it’s best to resist the temptation to interject logic and sanity.

It helps to think like this: In order to insure 30 million uninsured people, first uninsure 100 million people who already have health insurance. Then, in order to cut costs incurred for insuring the 130 million newly-created uninsured, propose a project that will cost taxpayers $7 billion.

In the midst of the non-functioning marketplace website and subsequent cancellation commotion as well as ongoing budgetary constraints, HHS, in conjunction with ACA’s namesake, Barack Hussein Obama, managed to secure from God-knows-who an approval to petition for bids to develop a project called Research, Measurement, Assessment, Design, and Analysis (RMADA).

According to Solicitation Number RFP-CMS-RMADA-2014, this is what RMADA demands:

The work awarded …will involve the design, implementation and evaluation of a broad range of research and/or payment and service delivery models to test their potential for reducing expenditures for Medicare, Medicaid, CHIP, and uninsured beneficiaries while maintaining or improving quality of care.

Therefore, in keeping with the existing state of affairs, a $7 billion government-approved budget will demand that every second of the allotted time be frittered away, the quantity delivered short of projections, and the quality, at best, be substandard.

If $7 billion needs to be wasted administrating Obamacare, maybe Michelle Obama can hook-up her friend Toni Townes-Whitley a second time.

Senior Vice President of CGI Federal and Princeton classmate of Mrs. Obama, Townes-Whitley’s company was awarded the no-bid contract to build the still-unworkable $678 million Obamacare website. Unfortunately, Obama’s good friend, Mark Zuckerberg, must have been unavailable for consultation. Of late Zuckerberg has turned his attention from FaceBook toward furthering a civil right called amnesty.

Nevertheless, even if Toni Townes-Whitley isn’t given another crack at screwing things up, to everyday folk who are not scholarly economists, it still seems illogical to spend $7 billion to find ways to economize on a law nobody wants. And that same law was initially enacted to insure 30 million uninsured people, many of whom are either here illegally or who have exercised their freedom to do without insurance.

Moreover, it doesn’t take a genius to figure out that if insuring the uninsured was what the ACA was really all about, and fiscal frugality is of the utmost concern to Obama and Sebelius, it would be wiser to invest in pharmaceutical research for new drugs, educating new doctors, or even hiring professionals to address the broken-down Obamacare website.

America should know by now that all of this discussion is moot. Why? Because unfortunately, with slow-thinking Sebelius and Obama in charge, even entertaining rational ideas becomes nothing more than a frustrating exercise in futility.

Remember we’re dealing with government officials whose idea of a noble gesture is to spend $3.4 million in stimulus funds for a tunnel under a highway to preserve the lives of slow-moving turtles: common sense and logic never intrude in their decision-making. 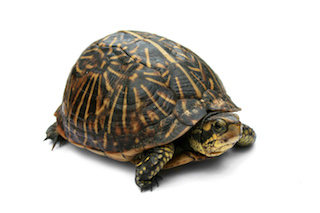