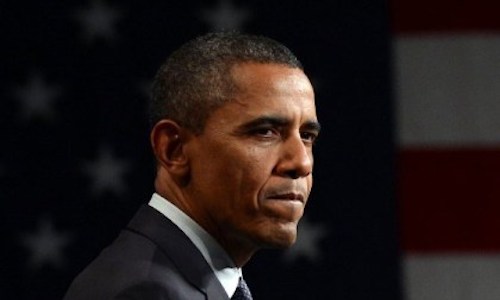 The central mythos of the Democrat party is that they  alone, care.

That Democrats care: is their identity.

Conversely, any who question Democrats, Leftists or Progressives with honest debate, or point out the dismal results regarding their failed policies, are immediately attacked and denounced as uncaring. In the dysfunctional, collective mind of the Left, they alone are the paragons of virtue. They alone, hold a monopoly on caring.

Often, Democrats telegraph their greatest deficiencies by transposing them to others. They project upon their opponents the very thing that often they themselves are guilty of – but more importantly, fear most. It is why they hurriedly rush to quell criticism by branding others as “uncaring”.

This tactic exposes their Achilles heel.

Unmasking the fallacy that only they care  is what frightens Democrats most.

After all, in the liberal mind, they have fought hard to win that high and sacred ground. Disassembling their “caring” meme and deducing further to conclude that “Democrats don’t care about you” naturally drives the Left nearer insanity. Even though an affirmative indictment can easily be won and the accusation effortlessly proved.

The myriad of wrecked lives and crushed dreams, in pursuit of Leftist utopianism, are countless. The history of the Progressive Left, both at home and abroad, vividly illustrates this. It bears witness as such. And the same history validates the fact that the Left does not care for the individual.

Understand. You are nothing more than fat to grease the gears of their gargantuan machine.

“One death is a tragedy; one million is a statistic.”

That is what you are. A statistic.

And the Democrats don’t care.

It is why they blithely dismiss with conscious affirmation, the millions who have lost health insurance. You see, they  are not really  people. They are a statistic. An anomaly. Just 5%. Just 15 million people. (A number sure to rise and one that will, eventually: include you.)

The pain, suffering, and deaths of millions of individual people, soon to be caused by Obamacare, in pursuit of Leftist utopianism, is the inconsequential price for their  warped version of “progress”. Like the calamitous tragedies in Russia, China, Cuba, Laos, Cambodia, Vietnam, etc., it will be another stain upon the history of the Left. Except this time, the flesh and bone is yours. Literally.

Harry Reid effectively said he doesn’t care about kids with cancer. Barack said the website “burned” him. No thought of you or your plight. No care there.

Yesterday, Obama worried that the Democrats would “be burdened” by Obamacare when running for office! Tough luck for you. No care there. He cares about an election! Not you.

Higher premiums: squeezing your budget – impairing your prosperity, broader economic expansion and endangering the entire welfare of the nation? No care there.

Countless examples now exist of Leftist talking heads within the media establishment minimizing the brutal impact this law has on real people.

Why should they care? You’re nothing but a statistic standing in the way of progress. Ask crazy Uncle Joe.

Dr. Ezekiel Emanuel on The Kelly File is a perfect example. He was an architect of Obamacare and wrote the Complete Lives System. To see when your personal effective sell-by-date is – you should read up on Dr. Emanuel’s theory. It is why you will be denied medical care at some point in the future – when you’ve outlived your usefulness to the machine. Your flesh, bone and fat will then be crushed in the machinery of the Democrat party and the Left.