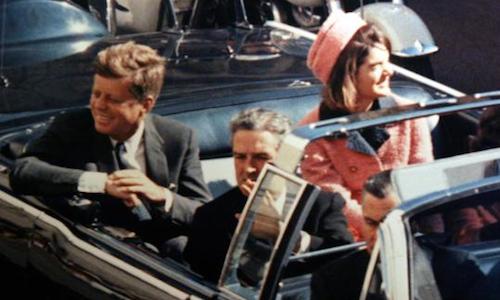 When it comes to America’s problems, everyone blames “right wingers.” However, Liberals who are the real culprits, and liberals killed JFK.

There is no monopoly on “bad,” as we all are capable of doing bad things. However, Liberals excel at misdeeds and criminal behavior.

America’s jails are chock full of liberals. Sure you get the occasional accountant who embezzled and was a greedy, perhaps “right-wing,” and maybe even a capitalist. But that situation is rare when compared to the Liberals who will fight to make him their prison girlfriend.

One week prior to the 50 year anniversary of the assassination of JFK, the left-wing propaganda magazine, Slate, published some drivel that the right-wing killed Kennedy.

As Steven L. Davis and Bill Minutaglio, authors of a book on Dallas politics in 1963,write, Dallas was a hotbed of right-wing activism in the early 1960s. The city had strong historical ties to the KKK; in the 1920s, Dallas had the highest per-capita rateof KKK membership in the country. In the 50s and 60s, resistance to school integration and civil rights catalyzed rightist sentiment in the city.

The Left loves rewriting history and repeating the lies. Latest example: ObamaCare “keep your plan…keep your doctor.” But facts are facts.

The truth is that in America you are more likely to be robbed, raped, or otherwise assaulted by some left-wing nutjob. When you hear of a murder, there is a greater than 80 percent chance it was by a Leftist, and 50 percent chance the perp is black.

As for killing JFK, the theories are as follows:

I suggest the Leftist revisionists start owning up to their racist heinous past because the right-wing is fighting back with the truth!