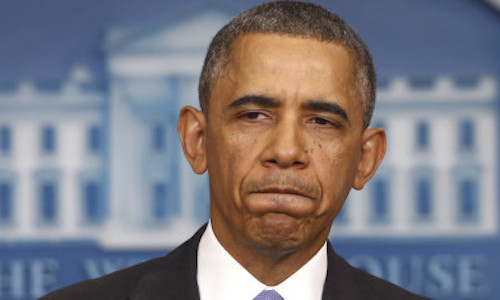 It didn’t take long for Obama’s “hit squad” to make it clear that they won’t abide turncoats…even the Insurance Commissioner William White.

Despite the lie Obama told, don’t think he plans to let Obamacare go down easily. Those who aid and abet the enemy — free market insurance — will get their walking papers.

And that’s just what happened in DC according to Fox News:

The District of Columbia’s insurance commissioner says he was fired after questioning President Obama’s plan to fix ObamaCare and saying the city might not follow his suggestions.

Commissioner William White told The Washington Post on Saturday that he was called into Mayor Vincent Gray’s office the prior day and told the Democratic mayor “wants to go in a different direction.”

The president said Thursday that the millions of insurance plans scheduled to be canceled next year to comply with ObamaCare regulations could be extended for a year, after he told Americans prior to the law’s passage that they could keep their existing plans.

However, White and other insurance commissioners across the country have questioned the president’s proposed solution because it could create a mess in the marketplace.

Moral of the story? The Tolerant Left and their HopeNChange Leader are INTOLERANT of any and all dissonance.

Question Obama and his precious Obamacare at your own peril — just ask the Insurance Commissioner.