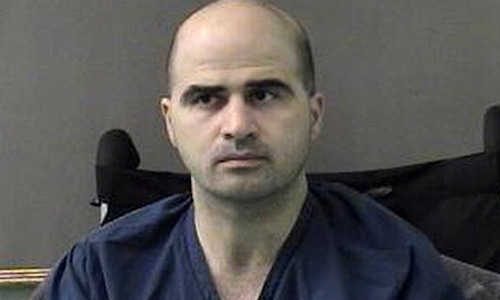 U.S. military families the world over celebrated when news got out that Fort Hood shooter Nidal Hasan had his beard forcibly shaved when he reported to prison back in August of 2013, to be housed until he is executed.

Due to political correctness and the fear of offending his Islamic beliefs, Hasan was allowed to wear his beard, an act in and of itself which made a mockery of the U.S. legal system, after he murdered 13 soldiers at Fort Hood in Texas in 2009.

The act would be the largest terrorist attack on a U.S. base, had Hasan’s actions not been labeled “work place violence” by a politically correct U.S. President Barack Hussein Obama administration that feared payout damages to victim’s families had the act been labelled an act of terror.

Hasan, a Muslim, claimed he was killing U.S. soldiers set to deploy to Afghanistan to protect his fellow Muslims, but the politically correct U.S. government did not want to be confused with such facts…