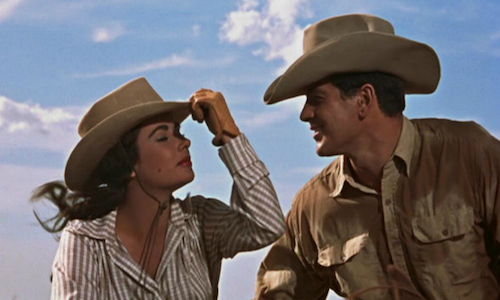 Gay Men Should Grow a Pair, by Kevin Jackson

Throughout history, masculine or “butch” gay guys were too “gay” to admit their sexuality.

Take Rock Hudson. Hudson wanted to hide his gaiety so badly, he changed his name from Roy to ROCK!

Born Roy Harold Scherer, Jr, had Rock Hudson come out sooner, he could have changed the way “NOT Gay” men viewed gaiety. However, because of the cowardice of men like “Rock Hudson,” the only frame of reference for the “NOT Gay” was the very effeminate gays.

For us, the very definition, the exemplar, the paragon of sissy, was a person like Jack McFarland, the very gay character from the TV show Will and Grace, played by Sean Patrick Hayes.

Hayes, it was rumored early on in the show was “a straight man, playing a gay man.” Even a “NOT Gay” person with a broken gaydar knew Sean was gay. In fact, Sean is so gay, his butthole has a butthole.

The stereotypical epitome of a gay man. He’s flamboyantly effeminate in his dress, speech, mannerisms, and interests. He wears tight (often leather) pants and a loose, blousy shirt that appears to be made for a much larger man, often with a bandana, scarf, or kerchief tied around his neck. These will all be in bright or pastel colors. Sometimes he wears extremely noticeable jewelry…There is nothing ambiguous about this gay.

Extreme cases will include a near-opaque slang, referring to himself and his gay friends with female pronouns…Insofar as he has a personality, it will often be vain and catty, or even cowardly…he talks about it every second of the day he isn’t talking about clothes, the latest celebrity breakdown, or (celebrities’) puppies.

There is indeed a “gay” way of talking. Tim Gunn from Project Runway talks “gay,” or at least what we “NOT Gay” have come to know as gay. I have never heard an admitted gay talk like Barry White or Billy Dee Williams.

Henry Rogers and Ron Smyth, professors at the University of Toronto, investigated this.

According to Rogers, people can usually differentiate gay- and straight-sounding voices based on certain phonetic patterns. “We have identified a number of phonetic characteristics that seem to make a man’s voice sound gay,” says Rogers. “We want to know how men acquire this way of speaking.”[1]

A study at Stanford University involving a small sample group investigated claims that people can identify gay males by their speech and that these listeners use pitch range and fluctuation in deciding.[2] Results were inconclusive:

The Stanford study may very well be true today, but again it’s rare that the masculine gay freely admits his gaiety. And on the rare occasion when one “comes out,” most of us knew old boy was gay anyway.

How many macho gay guys do you know? At least butch Lesbians have the decency to wear that military-style haircut and walk “macho,” so they are easily identifiable.

Straight guys are often accused of being macho, but we don’t complain. Short guys are said to be “Napoleonic,” with no outcry. But say anything about gays, and they act so gay about it. Gay men, those two nuggets down there are not decorations…use ‘em.

And stop blaming the NOT Gay for calling you punks, wussies, sissies, queens, or whatever. It’s YOUR fault!