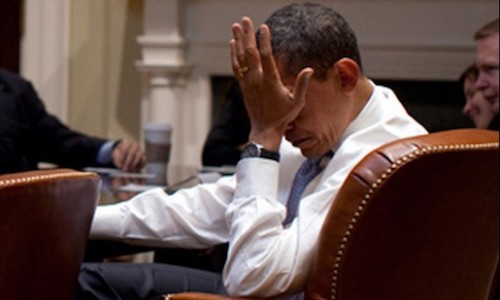 America’s junk president is rethinking his position on junk insurance.

Obama not only lied about people keeping their policies and keeping their doctors, but he lied about what insurances offered by Obamacare can do. There is NO insurance company that can insure people for unlimited costs involved with healthcare, unless they allow for euthanasia.

And if they don’t allow for euthanasia, then you’d better have enough money to post a trusted body guard outside your room, in the event your bill gets too high.

Obama now wants a “non-legislative” solution to put the genie back in the “I took 17 million people off their existing healthcare” bottle. So what is Obama saying now?

“Those junk insurance policies were not a junkie as I thought.”

How can you say that you implemented a new system that leveled the playing field for everybody, requiring minimum standards, then suddenly undo the standards? In effect, we would be going BACK to the existing system. There just isn’t enough ketchup for to eat that crow.

Here is how Newsmax put it:

President Barack Obama has directed his aides to pursue “administrative solutions” that would halt the cancellations of individual insurance policies that are resulting from his healthcare law.

“The president did acknowledge that there are some gaps in the law that need to be repaired,” White House spokesman Josh Earnest told reporters traveling with Obama yesterday to an event in Louisiana, a day after the president said he’s “sorry” some people are getting cancellation letters from insurers.”