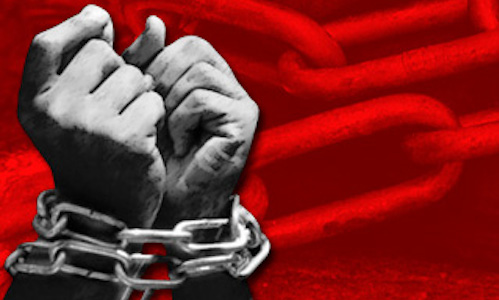 While I don’t intend to write a review for a book two years old, After America is increasingly relevant as America slowly slides to its own destruction.

However, something jumped out at me while I plodded through the first 60 or so pages. It’s something that we, as a nation don’t discuss nearly enough. Indeed, in our own hubris, we often fail to recognize its reality.

In the modern era — where we are apparently free and liberated to do what we like, where we like, when we like — America is becoming ever more homogeneous.

We are expected to conform to the liberal worldview.

The government is seen as a cure-all for society’s problems. Massive entitlement programs “ensure” that the poor don’t starve or die in the streets. Those programs protect the wealthiest demographic in America, the elderly, from poverty.

If you believe that government coddling a significant fraction of its citizens, far more than are actually destitute, or spending its way to bankruptcy is wrong, then you hate the poor. You must believe that welfare are good and no dissent will be tolerated.

Science must always conform to the leftist/secularist worldview. Humanity must believe in the reality of man-made global change climate, or whatever moniker they happen to be using this week. We must all believe in the nihilistic evolutionary theory of the origin of life. Not to do so would be anti-science, and we can’t have people who aren’t bound by the laws of what the left deems to be the truth, now can we?

No one should be allowed to openly question Darwinism, lest some start to believe that God created a globe that goes through natural cycles.

Sex, of course, must always be loose and unbound. Otherwise you’re just a square who doesn’t understand that loose trousers and spread legs are the way to truly enjoy life. You have to be some sort of sexually repressed control freak to believe that careless sex leads to disease, emotional trauma and, worst of all, pregnancy. Millions of youth never even saw that last one coming, and were encouraged to sleep around long before they’ve had any real life experience.

Speaking of pregnancy, one must of course conform to the idea that abortion isn’t murder. It’s the woman’s right. She should have the right to choose to have her doctor, CNA, corner store butcher (or whoever California wishes to certify next to perform abortions) plunge a needle into a baby and burn it from the inside out as it is sucked dry of fluid. Or be forcefully dismembered in the womb. Our “betters” tell us it is the humane thing to do.

Let us not leave out the leftist view of race, either. If one does not believe in special treatment for the Black or the Hispanic (not the Asian, though — they often succeed on their own merits), he is a horrible, racist bigot only lacking the pointy white hood. And even then, that’s likely tucked away in some chest buried in the backyard, patiently awaiting the day when it is in vogue again. 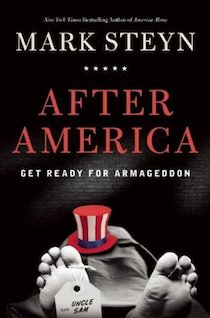 It is not like blacks or Hispanics can succeed if they stay out of trouble and work hard. They must be given special dispensation to enter the country’s universities or government jobs. After all, institutional racism abolished fifty years ago is still alive and well.

The media, by and large, excepting the odd element like Fox News Channel, is on the left to varying degrees. All try to cover for Obama in one way or another. All celebrate the cause célèbre of the week, whether it’s the latest state to legalize gay marriage or the newest law cementing the protected status of the black man. Indeed, ABC has an entire hidden camera program, “What Would You Do?” dedicated to this self-righteous feel-goodism.

The point of that long list? If you believe some or all of the aforementioned is bad, you are no good to the left. Even if for the barest of seconds you express an opinion that does not conform to the status quo, you are shamed until you believe what the left wants you to believe.  Otherwise, you are marginalized for your “backwards thinking.”

We live in a world where free-thought is, in reality, thinly veiled totalitarianism. For without conformity of thought, Leftism cannot thrive.