Throughout America’s history, there have been more honest presidents, such as George Washington and Abe Lincoln, and less honest Commander-in-Chiefs know for their lies, such as Richard Nixon and Bill Clinton.

But the POTUS who takes the Guinness Record for King of Whoppers will surely be Barack Hussein Obama.

Take a look at this visual representation of just some of Obama’s recent lies…aka Pinocchios! 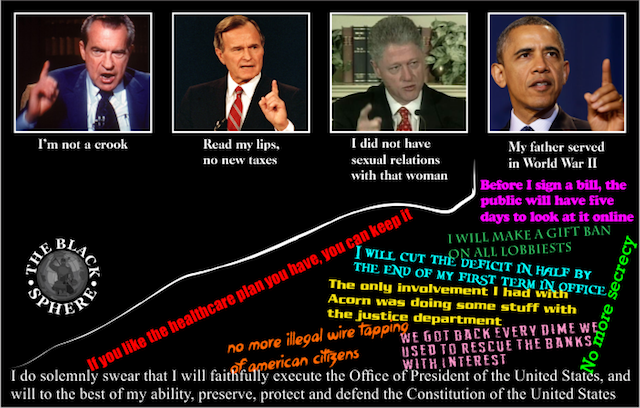 “If you abide in my word, you are truly my disciples, and you will know the truth, and the truth will set you free.”

Then if anyone can figure out how to set Obama free from the White House, that would be a very good thing!