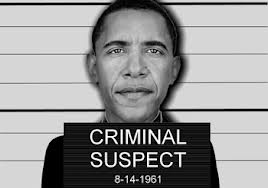 It didn’t take long for Obama’s “goons” to make it clear that they won’t abide turncoats…though the disloyal outcast’s position is a shocker!

Despite the lie Obama told, don’t think he plans to let ObamaCare go down easily. Those who aid and abet the enemy–free market insurance–will get their walking papers. And that’s just what happened in DC, according to Fox News:

The District of Columbia’s insurance commissioner says he was fired after questioning President Obama’s plan to fix ObamaCare and saying the city might not follow his suggestions.

Commissioner William White told The Washington Post on Saturday that he was called into Mayor Vincent Gray’s office the prior day and told the Democratic mayor “wants to go in a different direction.”

In what could be considered “black on black crime,” the link to former DC Insurance Commissioner William P. White on the DC website has been redirected to his successor, Chester McPherson.

You can tell how fast all of this occurred, as there is only one small graphic of McPherson that I could find on all of the internet, and it’s a 100×100 thumbnail.

This is the Obama “machine” in full view, and you can bet Valerie Jarrett’s fingerprints are all over this one.