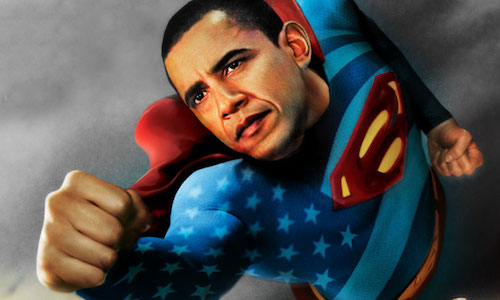 Obama is so omnipotent that he can drop the crime rate in America simply by “being Obama.” And the “Obama effect” is credited for making America safe!

One unlikely explanation that is gaining credence among experts, including some of the biggest names in the field, is a phenomenon tentatively dubbed “the Obama Effect.” Simply put, it holds that the election of the first black president has provided such collective inspiration that it has changed the thinking or behavior of would-be or one-time criminals. The effect is not yet quantifiable, but some very numbers-driven researchers believe it may exist.

Forget that the experts used 2009 data, because they want to make the stats look good. And supposedly crime drops during a good economy, so you know this is flawed data.

Because the fact is, Obama has been BAD (or should that be good?) for murder: Obama makes people want to kill each other.

You already know that blacks are 95 percent more likely to kill other blacks. So what I wanted to know is, are blacks killing more blacks under Obama or less.

Spoiler alert: Yes, they are.

But look at the rationalization of the Left.

According to the Daily Kos:

Yes, there is a killing spree taking place in Chicago these days.  But to say that it’s only a matter of Blacks Killing Blacks For Sport as if we’re talking about Urban Country Safari or something, is ridiculous.  By and large what’s going on in Chicago and certain other urban centers isn’t specific to black people.  It’s specific to Gangs.

Rick Rosenfeld, the president of the American Society of Criminology, studies the relationship between consumer sentiment and crime rates, which appear to track closely. Despite the recession, Rosenfeld has found, black Americans are remarkably confident about their economic futures.

In 2009, despite being in the midst of the worst economic downturn since the Great Depression, 39 percent of black people surveyed said they were better off than they’d been five years before, as opposed to just 20 percent who answered that question in the affirmative in 2007.

In the same survey, there was a 14 percent increase among blacks who said they thought the standard of living gap between themselves and whites was diminishing, and a 9 percent increase in blacks who believed that the future for black people will be better.

But contrary to all this “Obama effect” praise, Judicial Watch reports the REAL stats:

Not only is the U.S. economy in shambles, violent crime is at an all-time high and new federal statistics show that 2011 saw the biggest increase in criminal activity in nearly two decades with a large boost in the rate of “violent victimizations” for whites.

The rate of violent crime increased by a whopping 17% last year, according to the Department of Justice’s (DOJ) Bureau of Justice Statistics (BJS), marking the biggest jump since 1993. Property crimes also went up 11% last year.

That means that in 2011 there were nearly 6 million violent victimizations and more than 17 million property victimizations, according to the DOJ figures.

In an apparent effort to downplay the alarming statistics the feds explain in a press release that the swelling of violent crime is due to an increase in the number of aggravated and simple assaults.

It’s as if Obama has put a secret bounty out on white people!

So the REAL “Obama effect” seems to be the antidote to contentedness and tranquility! Lord have mercy and stop this Obama effect now!