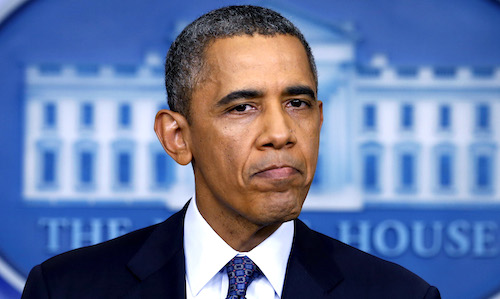 With few exceptions, Obamacare never had support amongst Republicans who felt it was an infringement on individual liberty and too massive of a big government program to work.

Over the past 24-hours it has become clear that the President’s signature legislation is nearing its end game, not because of the GOP, but because of Democrats. The Dems feel it’s an infringement on individual liberty and so massive of a big government program its not working, not to mention it’s hurting their election chances.

The attacks on Obamacare have come from everywhere.

Bill Clinton told an interviewer that while he supported the program it’s time for the president to keep his promise and allow people to keep their health plan. Diane Feinstein announced she is going to co-sponsor a bill which will provide relief to those who forced to lose their plan because of Obamacare.

The administration is beginning to leak that they will not make the promised 11-30 fix date for the Healthcare.gov website. The 11-30 date  may be unnecessary because the beltway scuttlebutt is house Democrats…