Oprah is a masterful marketer who coincidentally makes racially inciteful comments whenever a grievance movie needs promotion. This time, the ridiculous remarks were uttered during an overseas interview.

There’s a level of disrespect for the office that occurs.  And that occurs in some cases, and maybe even many cases, because he’s African American.

There’s no question about that and it’s the kind of thing nobody ever says but everybody’s thinking it.

From her privileged vantage point, the criticisms equated to racism. Interestingly, she failed to mention that Obama enthusiastically campaigned (twice) to be subjected to the so-called “level of disrespect” that accompanies the office, and was twice successful.

Like Oprah, these individuals came from humble beginnings and stand as testaments to America’s exceptionalism.

Why didn’t Oprah rush to their defense when they were “disrespected” by racists???

Maybe during the interview, Oprah would’ve shown more gratitude to the country that propelled her to billionaire status had Obama reminded her, “you didn’t build that!”

However, instead of gratitude, she characteristically gave way to ego, and even provided a remedy for America’s pervasive racism.

“There are still generations of people, older people, who were born and bred and marinated in it, in that prejudice and racism, and they just have to die.”

In other words, old Whites are inherently racist, and incapable of judging by content of character, and thus, must die.

Oprahcare is simply her ‘Final Solution’ for racism.  It encourages the demise of old Whites whose racial overview is different from hers. Oprahcare is the cure that kills two birds with one stone: it simultaneously ends racism and Obama critics.

Immediate Oprahcare enrollees would be Bill O’Reilly and Pat Buchanan, whereas Dr. Phil and Dr. Oz would receive waivers.

Although Oprahcare may appear to target elderly White racists, its aim is broader.

The other potential recipients of Oprahcare are any White non-Democrats, specifically, Republican /Conservative/ Tea Party/ Libertarian Whites. Even White-Hispanics, such as George Zimmerman, are ideal for Oprahcare. Granted, he voted for Obama, but he killed Trayvon Martin who Oprah considered this generation’s Emmett Till.

Whites in other countries also qualify for Oprahcare. Remember the Swiss saleswoman who allegedly treated Oprah like a commoner when Oprah inquired about a $38,000 handbag?

Blacks are exempt from Oprahcare, despite a poll that concluded:

“Thirty-seven percent (37%) of American Adults think most black Americans are racist,” and “Just 15% consider most white Americans racist, while 18% say the same of most Hispanic Americans.”

Even so, Oprahcare’s mission statement insists that only Whites can be racist.

White Democrats are also exempt from Oprahcare as long as they continue to openly wear their White-guilt. 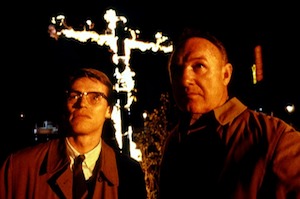 There is no signing up for Oprahcare — the Grievance Diva already knows the racists, and their policies have been pre-approved.

As long as Mississippi keeps burning from Ku Klux Klan lynchings, and Jim Crow remains in effect (as Oprah apparently believes), Oprahcare is here to stay until the racists are deceased.

Then, after all the racists are finally gone, the Grievance Industry will corner the racism market.