Guns conspired to rob a man who wanted to buy a car off Craigslist. Isn’t it time America got rid of GUNS?

Police say one of two men from Indianapolis was shot on Wednesday after driving to the St. Louis area to purchase a Chevrolet Camaro advertised on Craigslist. When the two men arrived at an address they were given in Wellston, MO, four guns (complete with hostages the guns had kidnapped) came out and demanded money.

The lead gun–an AK-47 assault rifle–got one of its hostages to fire it, hitting a 21-year-old victim in the neck. The other victim put his friend in their vehicle and drove to the nearest hospital.

None of the other guns have been found as of yet, but if the cops can find ONE of the guns, they are likely to get a confession. Three of the guns are black, and the other is said to be of Indian descent. 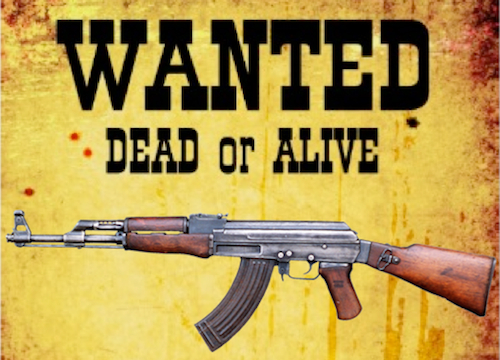