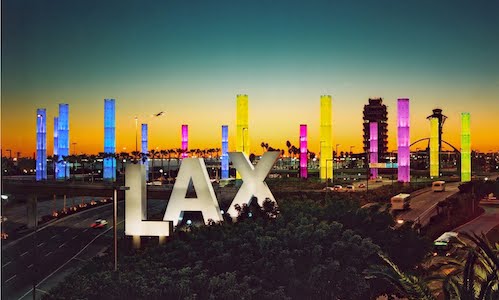 “Going postal” may soon be replaced with “Going TSA.”

Government workers (yes, postal and TSA are government workers) are paid a crazy amount of money and receive excellent benefits. Yet these government employes have created an antagonistic work environment where even they can’t stand each other. Imagine how their patrons feel?

Far too many government employees are rude and uncaring, and they learn that attitude from those at the top. Their dotted-line bosses are condescending to us — the public, their real bosses. Because these supposed “public servants” are protected by their inept supervisors, they never feel the ramifications from the general public.

And with no consequences, it was just a matter of time before an ASSAULT RIFLE went on a rampage at LAX airport. This particular assault rifle selected 23-year old Paul Anthony Ciancia as its victim. As reported by the BBC:

The suspect – named by the FBI as 23-year-old Los Angeles resident Paul Anthony Ciancia – was wounded by police and detained. Hundreds of flights nationwide were affected by the incident. Paul Ciancia was reportedly carrying a note that expressed anti-government views.

According to US media, the alleged gunman approached potential victims asking if they worked for the TSA, and spared them if they said no.

The government knows that the entire country is made up of “Ciancias,” which is why they want to grab our guns.

Government should give the BEST “customer service,” yet it treats its citizens like peons and inconveniences. The mass shootings occur with more frequency because we have a society of rude and entitled Liberals. When you don’t feel entitled, you earn respect by SHOWING RESPECT.

Of note…most of the mass shootings occur in schools, many at the hands of students.

Therefore, it should be no surprise which group is responsible for the volatile situation in our schools: Liberals.