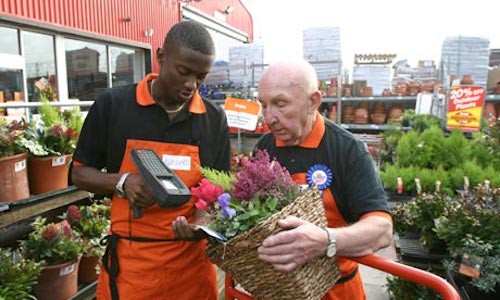 With a new survey out that reports 37 percent of middle-class Americans say that believe they will never see retirement, you have to wonder what lower-class America believes.

We know that the “least common denominators” believe they will get social security. With social security comes a “hustle”–a part-time job that hopefully is off the grid (pay no taxes).

A hefty 34 percent of them think they will work until at least the age of 80(if they survive ObamaCare – Author), because they haven’t saved enough for retirement, (What about social security? – author) according to a Wells Fargo study survey conducted by Harris Interactive.That’s up from 25 percent in 2011 and 30 percent in 2012.

But 37 percent say they’ll never retire and will work until they are too sick or die. What’s the solution to this?

Building savings and creating a retirement plan can improve the retirements for those now in their working years, says Laurie Nordquist, head of Wells Fargo Institutional Retirement and Trust.

Liberals should be embarrassed to know that most people will work until they die, particularly given Obama’s penchant for vacations, and his amazing retirement package. Yet Liberals celebrate the 11,000 new daily welfare applicants.

At least Liberals will have their fat cat government and union jobs and great pensions. The useful idiots will just keep living and working longer to fund it. Hasta la vista, retirement.