Despite Obama’s obvious lies, Obamacare is hitting Americans hard in the pocketbooks, and now there is a website dedicated to showcasing the REAL after-effects (failures) of ObamaCare . 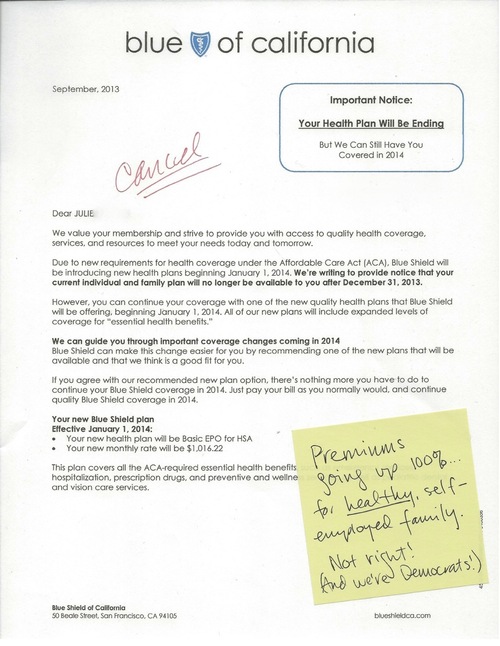 MyCancellation.com is not part of the vast Right-wing conspiracy, as the site is chock full of soon-to-be former Leftists, who have gotten their first ObamaBoot squarely between their socialist butt-cheeks (ooooh, that’s gonna leave a mark!). The site clearly lists Obamacare failures.