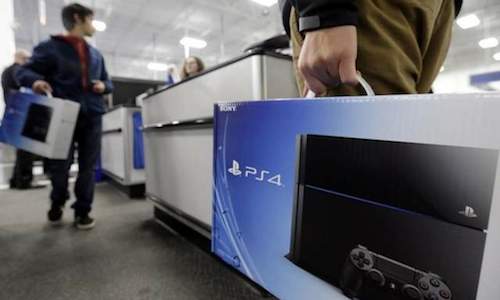 It’s good to know your market PRIOR to a product launch. Sony had an embedded market, but they didn’t presume they would necessarily maintain their market share.

Sony test-marketed their PlayStation 4, and correctly anticipated the reaction, as indicated by CNN.

Shoppers lined up outside many stores across the country for a special midnight debut of the system, hoping to grab up one of the limited supply. Analysts expect the demand for the system to outstrip supply through Christmas. Sony’s forecast is that it will sell 5 million of the PlayStation 4’s by the end of March

ObamaCare had no market. The plan for ObamaCare was to pilfer the existing market in the style of a drug dealer taking over a new territory…by force!

Obama and his minions got the polling data, which was lethargic to say the least. They disregarded reality, and launched the product, whose only hope for survival was to mandate that people buy it.

Obama believed what he wanted to believe — the hype — about his legacy-insuring, budget-busting namesake legislation. He was delusional to believe that people would line up for it. But delusion is rampant with the Left, and is generally served with a meal of crow.

Not only did people not line up for ObamaCare from the comfort of their computers (see Have a good distribution plan), but Obama was unprepared for what might happen if his $678 million was not enough to build a working website (see previous “see”) and people might actually have to get off their lazy EBT-fed, American taxpayer-funded sofa-sitting asses and visit an Obama Outlet.

Which brings me to Have a good distribution plan.