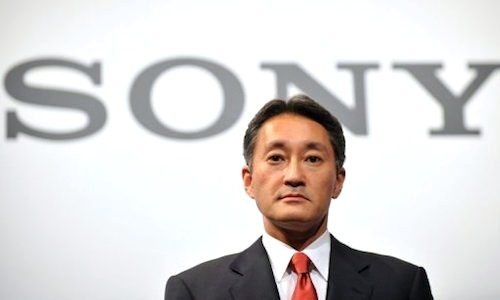 Liberals love Barack Obama, “LL Cool B”. But he was wholly unprepared to be president or “anydent.” That is not the case for Sony’s CEO. Prior to becoming president and CEO of Sony, Kazuo Hirai’s worked in just about all areas of Sony’s corporation.

Here are just the last 4 years of Hirai’s resume.

On April 1, 2009, Sony’s electronics and game businesses were merged and reconfigured as two major groups: the Consumer Products & Devices Group (CPDG) and the Networked Products & Services Group (NPSG). Hirai was appointed as Corporate Executive Officer and Executive Vice President of Sony Corporation, concurrently serving as president of the NPSG.

Hirai is said to have played a fundamental role in the success of the PlayStation brand, introducing gaming to a much larger and more diverse audience.

Hirai was speculated to become the successor to Howard Stringer, the current sitting president and CEO of Sony Corporation, who was then expected to step down in 2013, however on February 1, 2012, Sony announced that Hirai has been appointed as President and Chief Executive Officer, effective April 1, 2012, because his performance was so stellar.

Community organizer turned mediocre Congressman turned mediocre Jr. Senator, who admitted he was not prepared to be president, who later proved it by becoming president. Crowning accomplishment: Repeal of Don’t Ask Don’t Tell, and the passage of ObamaDud.

That reads like an obituary. Because it is! This what happens when you try to force something people don’t want to have what you want to sell. See “You can’t force people to buy your product.”