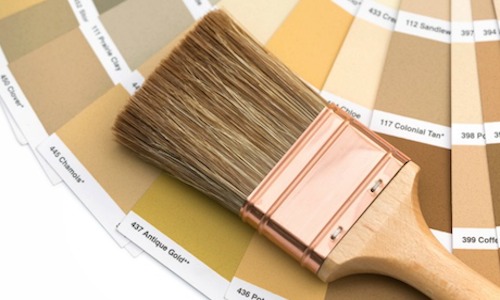 You want to know where America is headed, just read this story about a 14-year old Swedish girl suing a company over the name of a paint color.

As reported in Sweden’s The Local:

The 14-year old discovered the paint sold by Universal Color and Chemicals at school. She said that it was “sick” that the term ‘skin-colour’ was used to describe beige.

She has taken her complaint to the Equality Ombudsman (Diskrimineringsombudsmannen) arguing that the term ‘skin colour’ is racist and has the backing of her family as well as her school.

“By renaming beige to skin colour they show that there is a whiteness norm in society,” Thyra,14, told the Aftonbladet newspaper.

She added; “It is completely sick that they just rename beige to skin colour when black and brown are also that.”

An Equality Ombudsman?! The world has a disease and it’s spreading.

If I make paint, I should be able to call it whatever I want! Since when are 14-year olds able to disrupt business. I have a few paint colors that might satisfy the white guilt that is all over the world. How about these