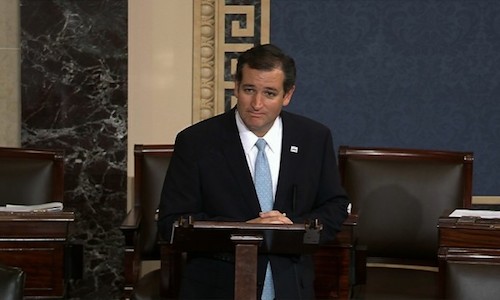 Ted Cruz said that Obamacare should be defunded and he was right!

As the saying goes, “When you peel back the onion…there’s just another layer of onion!” And so it goes with the debacle of Obamacare.

Let’s look at this onion:

Why Obama and the executives of CGI are not being indicted is beyond me. I’m not sure how many blows to the face America can take before we lose consciousness.

The Obamacare that was presented to the Supreme Court has changed, in that it exempts FAT CAT CAPITALISTS, UNIONS, CONGRESS…oh, and OBAMA!

Republicans like Boehner, McConnell and other eunuchs may try to step in and steal some of Ted Cruz’s thunder, but the fact remains that Ted Cruz is owed an apology by the Leftist turds who fought for ObamaCare.

He won’t get it from them, so we will say it for them:

Thank You, Ted Cruz for shining the light on ObamaCare and fighting the good fight for fiscal responsibility and better government.