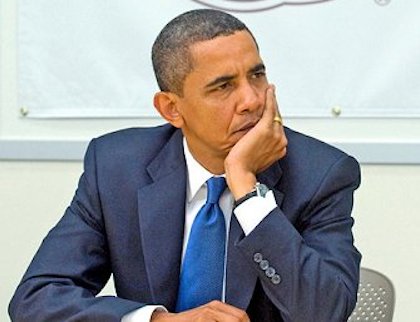 As I prepare to celebrate Thanksgiving with my family, I thought of ObamaCare. Just kidding.

But I did think of Obama. I wondered how a guy who only has his immediate family spends Thanksgiving. He can go anywhere, including Kenya. But I suspect he didn’t even consider that.

I don’t think he would visit his white relatives, as they likely have as much disdain for him as 63 percent of the American public–at least that was last poll.

Obama has made new friends, but they are really Clinton’s friends, aren’t they? At last count, Obama’s closest friends have pretty much been jettisoned, except Reggie Love.

I wondered how a guy who the Left loves so much can’t get high school friends to hang around. I chat with my high school friends on Facebook, and they have even called my radio show. I was sitting in at Fox News Radio, and a friend I hadn’t seen in 10 years called the show and we reconnected. I am proud to say that I have true friends all over the country, and my the majority of my most treasured friendships were formed in my early years, and endure to this day.

If I were president of the United States, I would have a party of old friends that would have to extend out to the White House lawn. But Obama is friendless, save the suckups who have their hands out for political payback. Remove OUR money from the equation, and Obama is in exile.

I wonder what the Romney’s are doing? I know they are not spending taxpayer money.

I will tell you that I see the pictures of the Romney family and it makes me smile. Just Mitt’s immediate family is a marvel, kids and grandkids. I can’t imagine what the extended family looks like. Seeing the Romneys reminds me of the old footage of the Kennedys, without the adultery.

Mitt was likely a very popular guy in college, and I know there are people he helped in business who dote on that man. I don’t think there are many people who will say that Obama helped them become a better person.

I have never reflected on Thanksgiving in the White House — even in the worst of times, in other words oppressive Democrat regimes. I figured the president celebrated Thanksgiving the right way…well, except for those white trash Clintons. But at least Clinton had his brother and hick mother. I doubt even Hillary wanted the Rodhams over.

I guess what I’m saying is I wish we were discussing the Romneys’ Thanksgiving this year. 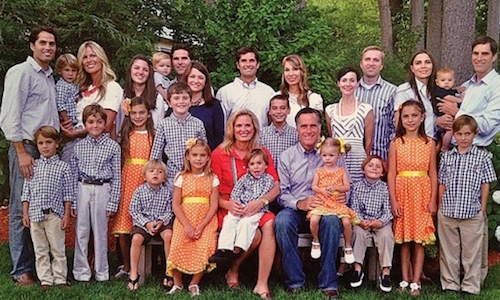