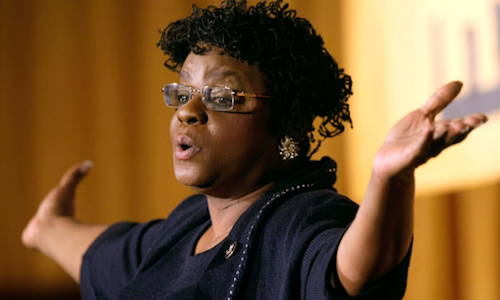 How do you escape from between a rock and a bigger rock? You rewrite the rules.

According to The Hill, the fix is in:

The economic shock has led Democratic chiefs of staff to call for changing the rules so that their staffers won’t take the economic hit. The chiefs of staff have expressed support for a change that would allow congressional offices to re-classify their workers as non-official staff so that they can avoid the higher costs.

Ta’s boss is unfazed by his problem, and writes here that Obamacare will survive.

Since the ACA’s inception, President Obama has assured consumers that if they like their health insurance plans, they can keep them. This statement remains true for an overwhelming majority of the population.

It didn’t affect Moore, as Congress changed the rules for themselves. However, it does affect staffers.

Is the Fed forcing non-congressional flunkies onto ObamaCare? They certainly could use the numbers. What I can say is staffers know what’s up, and paying three times more for ten times less may be Obamamath, but it doesn’t compute in the real world.

I must say, I love when chickens come home to roost for the Left.