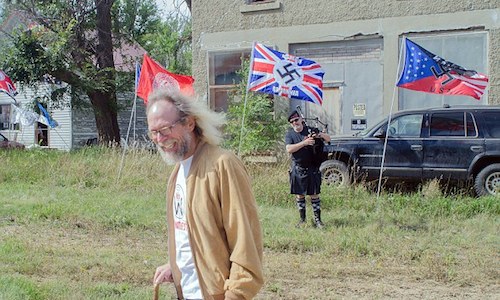 As if this story were written by Dave Chappelle himself, a white supremacist finds out on national TV that he’s 14 percent African.

Here’s a picture of Clayton Grisby, “Black White Supremist” (he’s blind and has been raised as a bigot, never told he was black!), from The Chappelle Show: 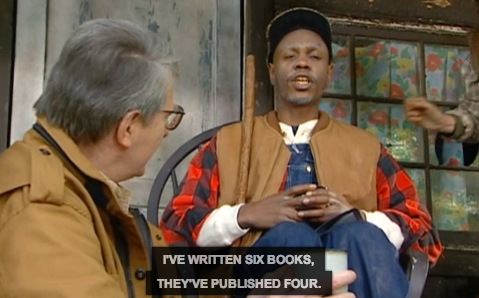 As for Cobb, 14 percent is not exactly a “rounding error” on the genealogy footprint. Talk about a kick in the naughty bits…and on national TV!

Lucky for Craig Cobb, this footage was filmed in the UK, as this could give Cobb just enough time to sneak back to the white racist compound (also the Democrat Headquarters for that part of North Dakota) and collect his “shstuff.”

I can’t imagine the Aryans are going to be too happy to learn that Cobb is more than 0.0001 percent black. After all, he doesn’t appear clean, though he does speak with a non-Negro dialect.

Watch the video below as Cobb finds out that there was raccoon in the woodshed of his gene pool, as one of his female ancestors got Jungle Fever!