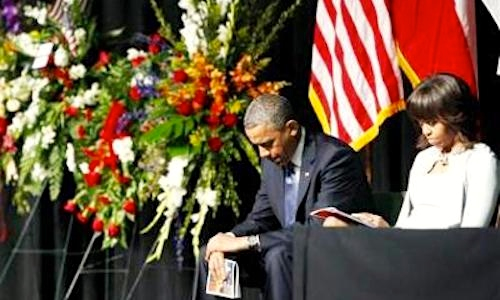 So Barack Obama, American firebomber extraordinaire, feels he’s “been burned,”  as if he’s the victim.

But if truth be told, it is he who has never had his “feet held to the fire” for the multitude of untruths he’s perpetrated on the entire country — let alone the world.

Even the most casual observer, if he puts down his iPhone long enough to focus on what’s befalling our country, will see that, to the nation’s detriment, the president carefully picks and chooses issues to promote, and does so by exploiting sad stories and faking heartfelt sentiment.

Remember when Obama, in his ongoing effort to dismantle the Second Amendment, said that “if it saves one life,” gun control is worth it?  That must be why with each gun-related death, Obama rushed to the nearest podium to tug on America’s heartstrings.

In defense of his unrelenting campaign to curtail the “right to keep and bear arms,” the man who puts his firm approbation on the slaughter of 3,000 unborn babies per day repeatedly said, “If there’s just one life we can save, we’ve got an obligation to try.”