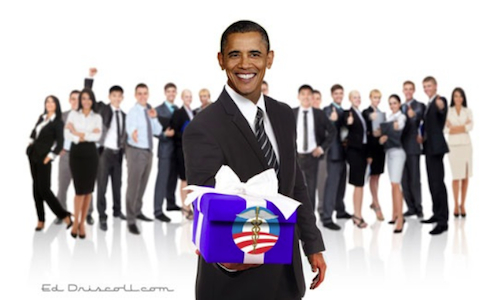 Obama gave everybody looking for Obamacare a Christmas present by extending the enrollment period until Christmas Eve.

According to the White House, the new numbers for Obamacare are now at 1.1 million. Don’t go getting too excited…we must remember the source.

And the source is none other than same people who report unemployment at 7 percent (in reality it’s closer to 12 percent). But let’s take them at their word for now and analyze the problem.

ObamaCare.gov…ok Healthcare.gov is still fraught with problems. From data theft to just providing insurers with wrong information, this site is a train wreck. I know, I know…you’re well aware of the prolbems.

But as an IT expert and management consultant, I’d like you to imagine a train wreck. Now consider a series of new trains headed for the train wreck, and from multiple directions.

Check out these lies from Howard Dean:

As the saying goes, “Be careful what you wish for.”

Obama needs the numbers. But if he hasn’t truly solved the original issues [Spoiler alert: He hasn’t], then he is just…everybody…compounding the problems.

Let’s look at the numbers. Obama wanted Obamacare to take care of the 30 million {ahem} “Americans” who didn’t have healthcare. Obamacare has kicked over 7 million (and counting) people off their insurance plans, while signing up only 1.1 million. As a bona fide mathematician I can tell you definitively that is a net LOSS of 5.9 million people.

Now Obamacare minions say, “We KNEW this would happen, and we are counting on those 5.9 million people to now sign up for Obamacare.”

What they forget is that, unlike the wretched who needed Obamacare, many of the 5.9 million orphaned have NO interest in Obamacare.

Put Obamacare numbers on the “must watch” list for 2014.