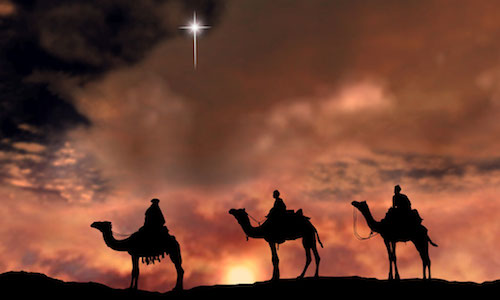 The veracity and truthfulness of the Bible is one of, if not the most, hotly contested issues debated today.

It is almost considered odd to actually believe it rather than question it. Particularly at Christmas, scripture’s truthfulness and relevance are continually questioned and demeaned by those who hate Christianity.

A common refrain of liberal Christians is that the Old Testament is outdated and irrelevant. The argument of the atheist and the secularist is that God is an erratic, vindictive, wrathful jerk in the Old Testament and a kind loving, pseudo-hippie in the New.

Question is, how much of this is true? As Christians, can we simply disregard the Old Testament? Likewise, is God still the same yesterday today and forever, as the Bible claims?

The answer to the former question is unequivocally no we cannot ignore the Old Testament, which, at its core, the chronicle of the old covenant that God made with His people. It teaches us the law, both moral and Levitical. It recounts the stories of what happens to those who choose to follow God, and what happens to those who disobey, how curses come upon them and they lose their blessings.

Most importantly, the Old Testament lays out the reason for Jesus’ coming.

As the Levitical law and the repeated backsliding of the Jewish nation demonstrates, it’s nearly impossible for man, in his own strength, to do what must be done to atone for sins (ie. The shedding of innocent blood). Jesus came as such a sacrifice and the Old Testament is the chronicle of why He was needed.

The Old Testament is also just as important as a record of history. Many dismiss the creation account and miracles of the Books of Moses (among others) as simple fairy tales. But for those with a Biblical view of the world, those accounts are vital to understanding how God behaves. The OT is also filled with wonderful worship (Psalms) and timeless wisdom (Proverbs).

The Old Testament is also filled with prophecy. Even in Genesis, God Himself prophesies the eventual coming of Jesus. The later books of the prophets also predicted the coming of Jesus, prophecies all fulfilled by the Savior.

Furthermore, other Old Testament prophecies concern the end times and the Book of Revelation. The Bible requires the Old Testament for context and understanding.

This is where the second question comes in, regarding God’s consistency. Has God changed since the Old Testament era? Has He mellowed out in the New Testament?

Again, the answer is no.

The coming of Jesus is, pure and simple, a change to the Levitical law. More accurately, His sacrifice on the cross erased the need to keep the sacrifices required in Jewish law. He was the culmination of those sacrifices, the final and eternal one through which all men could be redeemed and saved.

However, God’s moral law is still intact and He still holds us to those standards. God’s nature has not changed, nor has His promise to those who choose to ignore Him. Hell is still promised to those who ignore His commands and will. There would be no point in having faith in Jesus at all if there was no moral law to keep.

The people who claim that the Bible is inconsistent, particularly between the testaments, are in fact wrong. The two testaments must fit together for the Bible to make sense and to reinforce the veracity of the Word. If only one part were to be false, then God’s word would be untrustworthy and He would be a God unworthy of our faith.

But in the whole of scripture, 66 books, God’s nature is revealed, man’s predicament made clear, and a perfect plan constructed and culminated at the cross.

The Bible is God’s handbook for man…for reconciliation found in Emanuel.

God rest ye merry, gentlemen, let nothing you dismay,
Remember Christ our Savior was born on Christmas Day;
To save us all from Satan’s power when we were gone astray.