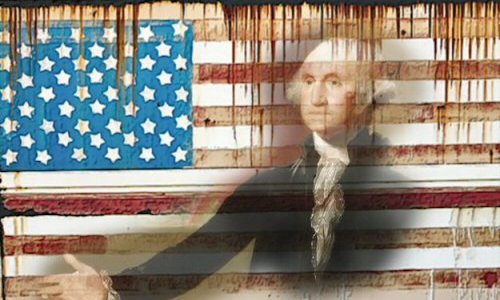 If you’d like to take a trip into the magical land called “Bizarro World”, have I got a deal for you!

The words “abortion” and “divorce don’t represent something to aspire to. Work and education are nothing to be ashamed of and the flexing of American muscle means some rogue Nation fears getting a whipping it will never forget.

In this world, people say “Merry Christmas!” and no one is offended, even if they don’t believe in God. It’s alright to declare your love for God and Country. You can pray in public and you can discipline children who don’t even belong to you.

We are now living in a Nation where a 6-year old boy can kiss a willing 6-year old girl on the cheek and be accused of sexual harassment. Marriage between a man and woman is publicly ridiculed while parades are dedicated to open debauchery. Terrorist factions are supported by American money, yet our soldiers are threatened with Court Martial for sharing the gospel.

We do everything we can to save an endangered snail while tearing humans to shreds in the womb… AND WE CELEBRATE OUR FREEDOM TO MURDER!!!

“We do not infringe on anyone’s interests, we do not force our patronage on anyone, or try to teach anyone how to live,”

“This destruction of traditional values from above not only entails negative consequences for society, but is also inherently anti-democratic because it is based on an abstract notion and runs counter to the will of the majority of people,” there could be no benefit for society for treating “good and evil” equally.

Only in this new and perverse world could a former KGB thug, the leader of Russia, say these words with any real confidence. And only in a degraded America could these words ring truer than what we know of our own leaders.

I long for God to bless America. I yearn for America to be the shining city on a hill. But more than that I want to see America come BACK to God. I want to see it return to its foundational, Godly Constitutional roots.

It’s time we stop seeking God’s hand and instead seek His face.

America can only be great again once we understand how good God is.

If my people, which are called by my name, shall humble themselves, and pray, and seek my face, and turn from their wicked ways; then will I hear from heaven, and will forgive their sin, and will heal their land.