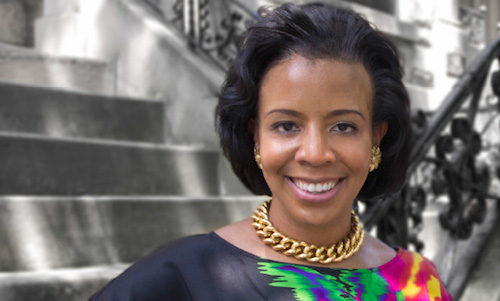 It wasn’t bad enough when Jesse Jackson called a Jewish enclave “Hymietown,” but now we have a new black race baiter explaining why Jews are getting knocked out!

Councilwoman-elect Laurie Cumbo, who was elected to represent Crown Heights starting in January, released an open letter Tuesday saying that many of her black constituents told her they feel threatened by the growth of the neighborhood’s Jewish community — and she fears the tension could be spiking the recent violence.

Talk about the pot calling the kettle “Jew!”

Below is the abstract from a 15 page report from the National Criminal Justice Reference Service about Jewish crime:

THE CONCLUSION OF MOST STUDIES IS THAT JEWS HAVE A LOW CRIME RATE. IT IS LOWER THAN THAT OF NON-JEWS TAKEN AS A WHOLE, LOWER THAN THAT OF OTHER RELIGIOUS GROUPS, AND LOWER THAN A RATE BASED SIMPLY ON THE JEWISH PROPORTION OF THE POPULATION (THE EXPECTED RATE).

HOWEVER, THE JEWISH CRIME RATE TENDS TO BE HIGHER THAN THAT OF NONJEWS AND OTHER RELIGIOUS GROUPS FOR WHITE-COLLAR OFFENSES, THAT IS, COMMERCIAL OR COMMERCIALLY RELATED CRIMES, SUCH AS FRAUD, FRAUDULENT BANKRUPTCY, AND EMBEZZLEMENT.

Unless black people have a lot of money in “the market,” or they have a Jewish accountant, blacks can take solace in knowing that the person most likely to rape, rob, or kill them will be another black person.

Let’s keep it real black people: blacks are committing a disproportionate amount of crime in this country. According to this report, Jews are the victims of hate-crimes 62.4 percent of the time. There is good news for Jews, as this is down from 63.2 percent in 2011.

What hate-crime against Jews have you heard of lately, Trayvon?

Democrats love to make sense out of the non-sensical. When blacks play the “knockout game” against Jews, there is a Leftist explanation.

Blacks feel persecuted (for no reason) by Jews. Thus, blacks knock out Jews, and Jews are supposed to take it, the media ignore it, and some Democrat gets an award for doing nothing.

Welcome to the Progress Liberal Utopia…Plutopia.