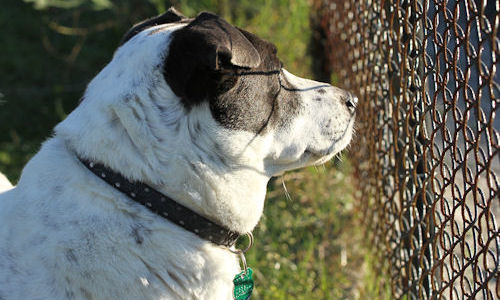 Every day, the fences of Obamacare are being erected even higher.

As more and more mothers sit at the kitchen table, opening insurance bills and cancellation letters, they’re beginning to understand exactly who it is that’s waging a war on women.

In a recent article, There Is No Care In Obamacare, I wrote about how the Democrats do not care. Indeed they don’t, but examine more closely their flawed logic. They would state they care so much – they must corral you – they must contain you  because they’re better equipped to plan, map out and captain your  life – not you.

It’s for your own good – you’re told.

Instead, these masters of the universe, who don’t even appreciate you, know better what course your life should take. They would argue, they “love” you so much – they must  protect, keep and shelter you from yourself. In fact, they love you more than you even love yourself. You could hurt yourself you know. It’s as if you’re the little bunny they want to hold, cradle, care for and protect. But as they do, they slowly squeeze the life from you.

They are the ultimate controlling spouse. They jealously guard your attention and fear your independence. They spy on you, don’t trust you, box you in and stifle growth.

Inherent in nature is the desire to be free. This natural law applies to all creatures, not just human beings.

Take, for instance, a dog. One can chain it up for fear of its, and others safety. That’s fine; in many states it is the law. But if it gets loose and is punished too severely, it will naturally try to escape. If tethered or caged for long periods and shown inadequate attention – the dog, when unleashed, will be almost impossible to catch.

It’s as if the owner “cares for” and “loves” the dog so much, they must keep it locked away from the world – for its own good. But what life does it lead?

It can be little questioned that the liberal-progressive mind fails to fully understand or recognize true, natural law.

Rather, their efforts are devoted to manipulating and organizing ways to bypass, ignore, alter and defeat it. This is best accomplished by preying upon human nature and the better angels of us all. While doing so, they engineer specific outcomes conducive to their  needs, wants and desires; not yours. Liberal-progressives understand the frog in the pot and the process of slowly and incrementally becoming more controlling and domineering.

However, as is often the case, the more we try to pull something towards us – reining it in – with hopes of keeping, maintaining or containing it, the more likely we are, in the end, to repel it. Eventually, we push it away altogether.

This is true with all relationships.

The paradox is, the more you try to restrain someone or something, the more likely they are to rebel.

But only so long as the person controlled realizes they are being controlled.