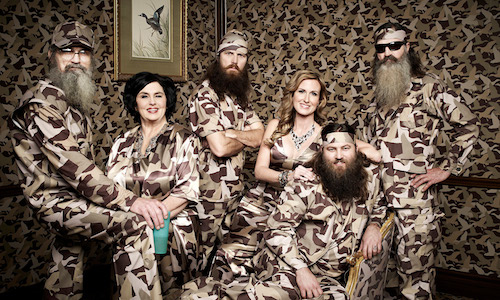 There’s something wrong with homosexuality. Can we agree on that? And talk straight?

Men and women are not designed to be that way. I’ve tried it with plumbing parts – it never works. Only male and female parts fit together right without an adapter, and I’m not going there with this.

Why do I make this insensitive observation?  It’s not to be mean, I assure you. I just want to remind the self-righteous, indignant GLAADiators among us that the rest of us have a legitimate point of concern about their lifestyle. They’re right to be defensive – but not offensive.

And offensive they were – going after Phil Robertson that way! He’s such a genuinely kind, generous person. It takes a special kind of person to disparage someone like that. They could only claim that he’s “outside the mainstream,” which to them means that since they won a popularity contest, the science is settled.  All they can do is incite others to be self-righteous and indignant as well.

Now, I’m offended at these GLAADiators taking action against someone just for expressing an opinion. Apparently, lots of people feel the way I do, and many have reacted passionately, in support of Mr. Robinson…