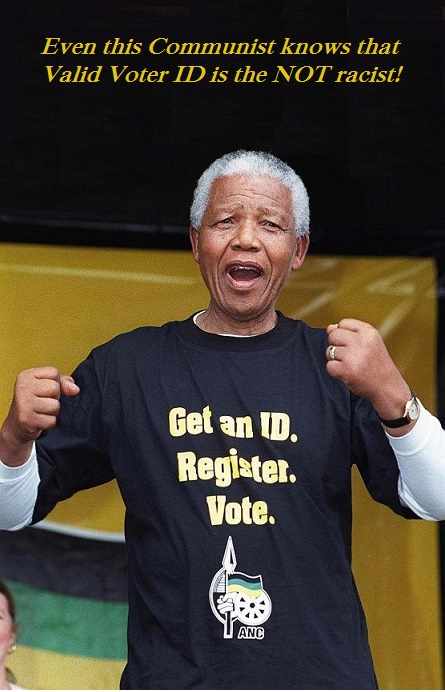 Mandela dies, and Jesse Jackson puts on the pimp suit.

He appeared on Fox News to discuss what the passing of Mandela means to the world. If people speak honestly about Mandela, they will say that Mandela was a figurehead for a movement where others did the work. As I said in another of my musings, Mandela was no MLK, in fact, far from it.

But what was most interesting about Jackson’s interview was his bringing up voter suppression in America, as conservatives clamor for voter ID. Forget that ObamaCare is “healthcare suppression,” as to get ObamaCare, black people must have valid ID to get treatment. But what’s more ironic is that South Africa requires voter ID.

The very place from where Mandela served as President has stronger voter ID laws than America.

South Africa, under a constitution signed by Mandela in 1996, instituted a rigorous election integrity system. Voters are now required to have valid government-issued IDs to register to vote and then cast a ballot.

At least Jesse Jackson is consistent in his use of people like Mandela to promote the false idea of racist America.