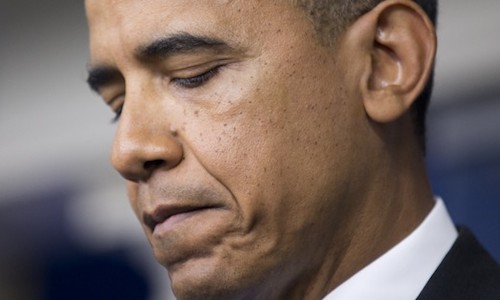 “The National Security Agency is gathering nearly 5 billion records a day on the whereabouts of cellphones around the world, according to top-secret documents and interviews with U.S. intelligence officials, enabling the agency to track the movements of individuals — and map their relationships — in ways that would have been previously unimaginable.”

Does this strike anyone as odd? So, the NSA can track 5 BILLION phone locations every day, but the Government can’t seem to run a simple website.

The abysmal failure of the Obamacare website has been obvious to anyone with a third-grade grasp of current events. But, though we’ve seen a cast of characters paraded before the cameras and committees, no one has been held accountable for this “failure”. Why?

Is there possibly more to this than we know?

Is it possible that maybe… just maybe Obamacare was “designed to fail“?

The United States Government has arguably more resources at its disposal than any single entity in the entire world. They certainly have more employees, more money and more high-level contacts than any individual or corporation.

Yet, with all of those resources they couldn’t seem to cobble together a team capable of launching a website that is little more than an online form linked to a group of databases.

Before you judge that Obama and whoever is backing him are guilty of incompetence, consider what they have been able to do in just 5 years. I’m afraid the answer will be chilling.

The “failure” of the Arab Spring.

What was touted as a great awakening for Democracy in the Middle East has instead installed even more brutal dictators in positions of comparative centrists.  Israel is now entirely surrounded by extremists with the collective stated goal of their ultimate demise. In almost every case the Obama Administration played an active or supporting role.

The “failure” of race relations in America.

For a man who was touted as being the Great Uniter, Obama has done nothing to bring American’s closer together. Although the enmity between the races will always be stoked by the race-baiters of the world, the divisions between us have grown exponentially in the last 5 years.

From Black Panthers at voting booths to young men beating people senseless in what they’ve dubbed the “Knock out game”, we have reached a hostility between the races approaching the civil-rights era. Obama has continually pitted blacks against whites, rich against poor, citizen against alien, and promoted an “eat the rich” ideology. The rising temperature of violence and discontent attest to the fact.

The “failure” of the economy.

It seems almost daily we’ve been treated to news that the economy that is roaring back. Five, long years the charade has gone on in Washington and in the media. Yet in reality, each day the welfare State grows. The unemployment rate moves mere fractions up or down, and the number of those dropping out of the workforce continues to grow. The only thing not growing is the amazing-shrinking economy.

The “failure” of debt reduction.

For a man who incessantly complained about the Nation’s debt under George W. Bush, Obama has, almost by sleight-of-hand, DOUBLED the debt in his term. To the point many economists see no way out. All this while blaming it on his predecessor and promising to reign in the National Debt.

My simple conclusion is this: When someone in a position such as President of the United States fails in everything he attempts, when the blame for every faltering step is placed squarely on the shoulders of others, and when those being blamed fail to take a fall are instead rewarded, you can surmise one thing.

Things are going according to plan. Respond accordingly.