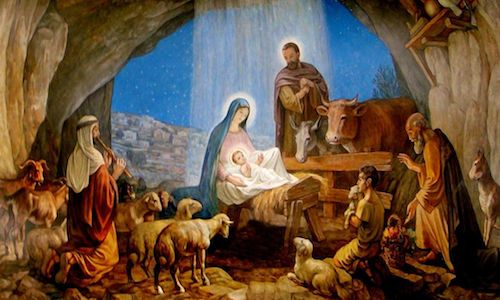 The stage for the first Christmas was set by a politician—Caesar Augustus.

The backdrop was a political policy: a census of the Roman Empire—“of all the inhabited earth,” in the words of Luke 2:1. Everyone knows the story. Joseph and his young bride, heavy with child, travel from their adopted hometown of Nazareth to their ancestral hometown of Bethlehem. And there, in the House of Bread, the village of David, the King of Kings and Lord of Lords was born—Jesus, the Christ.

The secular and sacred—intermingled at one of the most significant events in human history.

It seems Christmas and politics have always dovetailed into one another, especially in our modern age. In language reminiscent of the 1990s, it isn’t politically correct to call Christmas trees or Christmas plays “Christmas.”

And you must never say “Merry Christmas.” It might offend. “Happy Holidays” is the seasonal greeting for the politically correct.