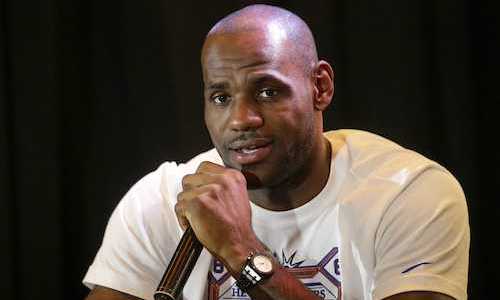 Kevin Jackson was surprised to discover he was the inspiration for the “Kevin Jackson Awards: The top ten Powerful Bald Black Guys (PBBGs) of 2013”

The “Top 10 Powerful Bald White Guys” (PBWG) awards began in 2009. After learning of those awards for pigment-challenged pates, Kevin, most likely with his usual snarky humor queried “Where are the powerful bald black guys?”

This reminds me of something a pastor at our church in my home town said frequently (being a bald man himself), “God only made a few perfect heads…the rest he put hair on!”

10) Michael Steele — He was briefly the head of the Republican National Committee. Republicans won big during his tenure, but he was replaced anyway.

9) LeBron James — He shaved his head, but rumors are that his hairline was receding anyway. With two NBA championships to his name and several years left in a stellar career, he could become the greatest PBBG of all time. He would rank higher but his story is still being written.

8) Ward Connerly — The President of the American Civil Rights Institute is obsessed with turning education into a meritocracy and eliminating unfair quotas from school admissions practices.

7) Armstrong Williams — This Washington radio host went toe to toe with a white liberal insisting that affirmative action was needed to help blacks. Williams replied, “I’m not inferior,” and that the “help” was not needed. He and his children would win and excel on merit.

6) John Lewis — He became a civil rights hero by marching non-violently with Martin Luther King Jr. and singing “we shall overcome” in the face of hostile opposition. This Georgia Democratic congressman would rank higher but so much time has passed that many young people do not know who he is or what he did.