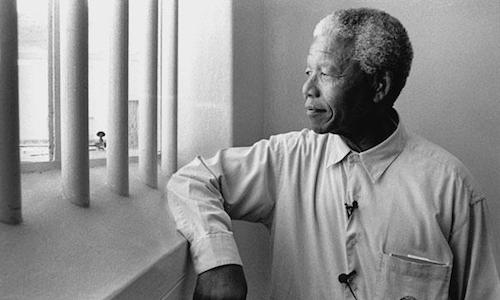 In the days following the death of former South African President Nelson Mandela, there has been a rush by the American Left to rewrite his legacy.

As @ConservativeLA noted at the outset, “My only further comment on the topic will be that the chatter has degenerated into hagiography awfully damned quickly.” As dictionary.com defines it, hagiography means “any biography that idealizes or idolizes its subject.” Or as I put it, the deification is on.

The biggest part of the whitewash of Mandela’s legacy is the conspicuous absence of any references to Mandela’s communism. He was a member in high standing in the African National Congress, which is the communist party of South Africa. Mandela thought highly of some of the world’s most brutal dictators, Muammar Gaddafi, Saddam Hussein, and Fidel Castro, to name a few.

Mandela advocated violent means to achieve his ends. He had no words of criticism for his wife necklacing innocent people until he saw it as a threat to his political power. He was given at least two “get out of jail free cards” on the condition he renounce violence, which he refused to do in no uncertain terms.

So you have a communist who believed in violent ends to achieve his political goals being deified by the Left. Why, you ask?