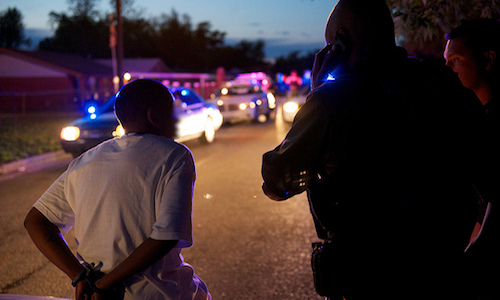 Here is part of what Will Wright penned:

Now the so-called “knockout game” has created a new game – “red light, green light,” where whites stop in their tracks and head in another direction as a group of young black men approach, albeit without violent intent or concern to harm another human being.

Wright knows the truth, and that truth is BLACK PEOPLE “stop in their tracks and head in another direction as a group of young black men approach.” They are fools if they don’t.

Given the choice between being called an Uncle Tom or being DEAD, call me an Uncle Tom…behind my back. Because it won’t be to my face, as I will not walk among a group of young black teens for the most part.

Like so many instances of irrational bad behavior by a mindless few, the impact paints young black people with an overly broad and negative brush. To ratchet up the rhetoric, the conservative media is charging black leaders from Revs. Jesse Jackson and Al Sharpton to even the president of the United States to essentially get black people under control.

The fact is, it is young black men have given America reason to racially profile young black men. Do I really need to post the FBI crime stats on black crime, the majority of which is done by black teens? Ok, here you go.

The above stats are from 2011, before the “knockout game” had gone mainstream.

The Left would like America to believe the lie that it is racist to profile or pay attention to statistics. But the stats don’t lie.

But why blame the perpetrators, when there are white people to blame. It’s PROFILING that is the problem, not the black people actually knocking people out.

I wrote recently of an ignorant Leftist black woman from New York who blamed the Jews. If those Jews would just quit running into the fist of black teens by accident!

Even Sharpton got it right on this one. Obama won’t speak out, because there is nothing to gain politically.

And Obama is only about what elevate and deify Obama.