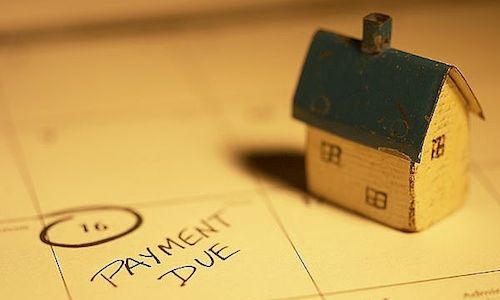 Economists and health care providers alike warned of the impending, back-breaking expense entailed with insuring everyone in America, even those here illegally. But no one could have foreseen the degree of economic and personal destruction this egregious bill would cause.

Heritage Action contributor, Katherine Rosario, writes of a real-life couple she calls “Jen and husband” and their real-life experience with the ruinous bill.

Jen and her husband, North Carolina residents, selected a health insurance plan that had a low monthly premium.  The Blue Advantage Saver offered by Blue Cross Blue Shield (BCBS) of North Carolina worked for them and fit their needs.

They received a letter dated September 24, 2013 that said, “We value your continued membership and want to let you know about some changes.”

But Jen found that the letter was about more than “some changes” as she read through the infuriating letter.  The letter outlined the three key ways her health care plan would be affected “due to the ACA regulations.”  Her BCBS plan would no longer be offered in 2014 because it did not match up to Obamacare requirements; it its stead, they offered her a “new plan that both meets the guidelines of the ACA and offers all the features you’re used to from BCBS.”

The letter added, “to make it easy for you, we have transitioned you to a plan that most closely matches the benefits of your 2013 plan.”

There was just one problem with the suggested plan, the Blue Advantage Bronze.  It was way more expensive.  In fact, Jen told said that the new premium was more than her monthly mortgage payment for her home.

I’m well aware of the verbiage. I, too, received one such letter, although my letter dated September 2013 was not mailed until mid-November 2013. I, too, was told my current Regence Blue Cross Plan was not ACA-compliant. Translation: your modest plan is deemed a “junk plan” by all of us enlightened elitists who know better than you.

And like Jen and hubby, I discovered that the wonderful plan Regence would transfer me to if I did nothing, the “Bronze” plan, was a mere 250% more per month than my current premium. That might be fine if money were no object. But, as an independent contractor who writes and edits to support myself, money is a huge constraint. Or should I say LACK of money is a huge constraint.

On Friday I received a follow-up letter from Regence instructing me that, since HRH Obama spoke “never mind, I shall allow you to keep your policies for one more year,” the Oregon Insurance division has generously agreed to comply with the Emperor’s wishes and I MAY keep my policy until December 2014. Except, pages 2 and 3 state I will need to re-apply and choose a new plan or choose a plan through Cover Oregon.

In case you’ve not heard, as of mid-November, Cover Oregon was non-functional and had yet to enroll 1 single Oregonian. In fact, all Cover Oregon can boast about is an insipid, hippy-influenced song.

And I did personally tell the CSR at Regence that I would rather die than sign up for Obamacare…aka the government dole.

You see, this is why socialism is a bad idea. Everyone becomes poorer so that everyone can be “taken care of.” Premiums higher than mortgage payments be darned.

Hegel would be proud; Obama is preening.

And Americans, true patriots across this great land, will not be quiet in the face of ravenous socialism devouring our nation. We will protect the Constitution against all enemies foreign and domestic…even those residing on Pennsylvania Avenue.