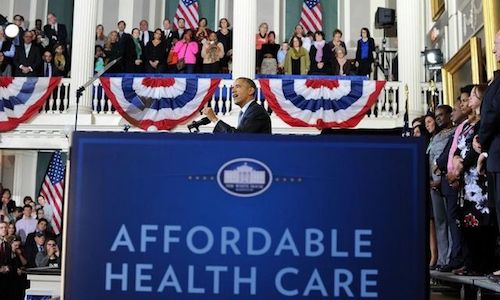 If you needed another laugh about the fiasco of ObamaCare, now it turns out that it cannot process the enrollments it so desperately seeks!

As reported in the New York Times:

Weeks of frantic technical work appear to have made the government’s health care website easier for consumers to use. But that does not mean everyone who signs up for insurance can enroll in a health plan.

The problem is that the systems that are supposed to deliver consumer information to insurers still have not been fixed. And with coverage for many people scheduled to begin in just 30 days, insurers are worried the repairs may not be completed in time.

“Until the enrollment process is working from end to end, many consumers will not be able to enroll in coverage,” said Karen M. Ignagni, president of America’s Health Insurance Plans, a trade group.

The issues are vexing and complex. Some insurers say they have been deluged with phone calls from people who believe they have signed up for a particular health plan, only to find that the company has no record of the enrollment.

What do you get for $678 BILLION and counting, when the government is involved? A lot of campaign donations, that’s what!

But you won’t get any good results for the people who paid for the thing that most of the people didn’t want, that’s for sure.

While Obama continues his disaster-selling con-man tour, asking everybody with a pulse to sell ObamaCare, according to Senior White House officials speaking to ABC News as many as 126,000 people who thought they successfully signed up for ObamaCare may not actually be enrolled.

It’s gets better. The problems may go all the way back to Oct 1.

There is good news. The government will introduce a fabricated “statistic” regarding ObamaCare enrollments, adding plus or minus 5 million when discussing enrollees.