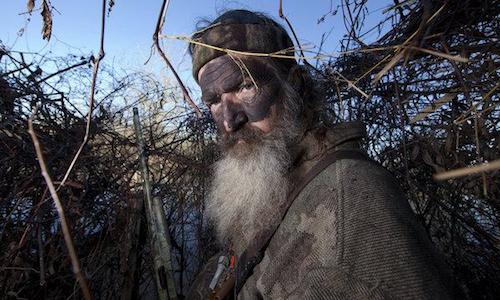 The ever-self-important Barbara Walters recently endured a Phil Robertson back to reality check.

Barbara Walters is a smart lady. Surely she could have had one of her researchers determine the dates of duck hunting season in Louisiana and schedule around the season? How tough would that be?

I googled and had the answer in less than 10 seconds. 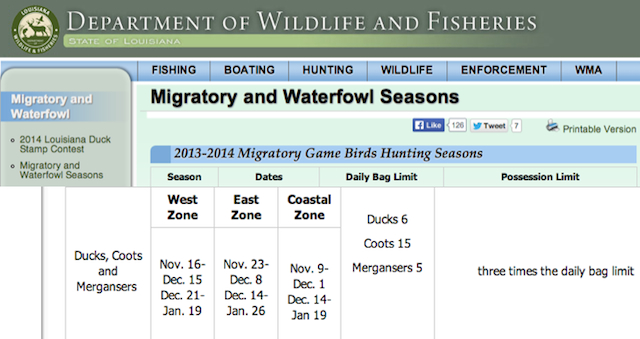 I can imagine Phil saying,”That yuppy woman has no idea of the importance of duck hunting to our way of life and livelihood.”

Jessica Robertson, Phil’s daughter-in-law, Jep’s wife, tried to put it all in perspective for Barbara:

Well, he missed the birth of Jase because he was in the duck line, and he wouldn’t leave.

Between November and January, I told him I didn’t ever plan to die then, because he may not be at my funeral.

Hello Barbara…anyone home, McFly? For such an alleged astute interviewer, Ms. Walters displayed an amazing amount of thickheadedness. One of the first rules of a good interview? Know your subject.

Knowing Phil Robertson is not that hard. Duck Commander is an open book: he loves God, his family, duck hunting and football…and usually in that order.

It is interesting that in this picture taken on the set, Jase is also missing! 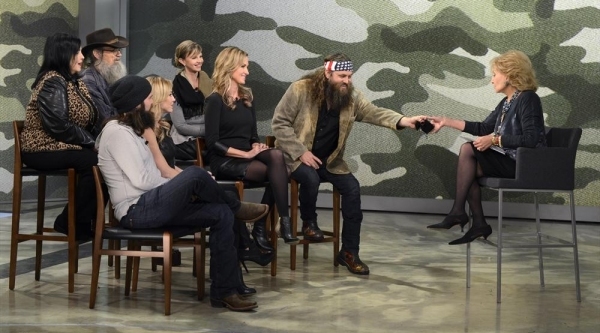 Moral of the story, Barbara? Phil Robertson is one of America’s most beloved and fascinating personalities not in spite of missing your interview, but because he has guts and has his priorities in order.

Phil Robertson clings to his God and his guns. And that makes patriots everywhere happy happy happy.