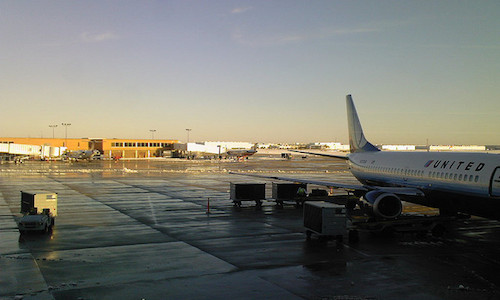 When a Midwestern white guy converts to Islam to become a suicide bomber that’s the 7th sign!

I thought a black man attending a square dance was strange, but a white Midwesterner becoming a Muslim beats that, and then some.

Did Terry Loewen have to convert to Islam in order to blow himself up, I say no. It seems there is something about that “religion of peace” that makes even the whitest of white folks lose their minds.

And at 58 years old. Generally Liberals have abandoned their nuttiness by age 50, and start to understand that it was they who were the problem all along. Apparently Terry “Muhammed” Loewen hadn’t gotten the memo.

Loewen planned on blowing up the passenger terminal at the Wichita Mid-Continent Airport in Kansas. He even figured out how to circumvent TSA, and it wasn’t by wearing ignitable underwear.

No, Loewen worked at the airport as an avionics tech. He got snagged as he attempted to use his security pass to drive a vehicle that he thought contained explosives onto the tarmac at the airport. Turns out the newly radicalized white Islamist was only carting around dummy explosives. How fitting.

But by my count, the bombing score is radicalized Muslim 2373…Tea Party 0