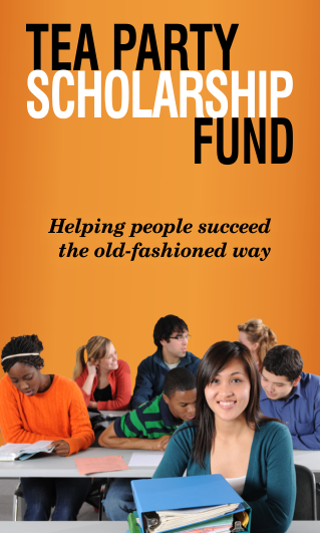 My father was a scoundrel, but I won’t run from my name. In fact, I intend to restore honor to the Jackson name.

The Left runs from the term “liberal,” preferring “progressive,” because they know the trail of destruction left by liberalism.

Their hope is by calling themselves “progressives,” they can  undo the taint of liberalism. Of course the Left hopes that most Americans either don’t know, or never learned that the term “Progressive” was coined in the early part of the 20th century as a more palatable name than “Marxist.”

Feminists no longer use this term “feminist”, as many have found themselves abandoning their flawed ideas of yesteryear. They have witnessed the result of their onslaught on women (and society), and like other liberals, feminists now want to be called “humanists.”

Barack Obama is now running from the term “ObamaCare,” a term he proudly accepted only a year ago. Obama realizes that ObamaCare is a failure, and that it is doomed for future failure. He hopes a different name will save it, because the results certainly won’t.

Liberals run from the horrors they create. They want no reflection on past failures and mis-steps, nor do they want to be saddled with the baggage going into the future.

I have heard the allegation, “The Tea Party name is tainted”  But is it?

The Tea Party name came from an incident in history where the people paying the bills got frustrated with the government forcing them to buy tea — a product that had grown in popularity.

By forcing the colonists to go through the East India Company, the government could levy a tax.

In 1773, American colonists waged a peaceful protest over one unrepresented tax. Today,  I defy you to find me something that the government does not tax. If you are able to find something, I will show you where the government is considering how to tax it.

The people who rioted over the tax on tea didn’t have a 39.4 percent personal income tax, or an average of 9 percent sales tax on everything they bought. They didn’t have a state (colony tax) income tax, homeowners’ tax, and the many others taxes that the government overtly levies and covertly sneaks in all the time.

Our government makes money on every person and every business in the country, yet it runs a $1 trillion deficit and carries a debt of $17 trillion. It’s certainly justifiable for the people who are responsible for paying the bills to question those who continue to create them.

Yet politicians act oblivious to their mismanagement of our finances. When questioned, they attack their employers. What nerve it takes to question and attack your boss.

When we present facts about government’s dismal performance, politicians call us racists. And if that’s not bad enough, the people who work for us attempt to demean us to our co-owners and effectively try to take over the company that we built.

The Tea Party has NO reason to run from anything. The Tea Party past created this country. And the use of the name today gives us the opportunity to make the naysayers eat a healthy serving of crow.

Imagine how angry youth and minorities will be with politicians, when they find out the truth about the Tea Party movement. Tea Party principles are what America needs to find its way back.

Almost 100 liberty groups have joined to offer grass roots scholarships to minorities. These scholarships cover not only colleges and universities, but also vocational schools. In keeping with Tea Party principles, the Tea Party Scholarship Fund project relies on the generosity of Tea Party supporters and other liberty groups, and receives NO government funding.

The project has this objective: The Tea Party will not run from the Tea Party name, and our actions going forward will put politicians on notice that we are taking our country back.

But Tea Party members are indeed the casualties.

The Tea Party is the true bastion of hope and represents ALL Americans. The Tea Party represents the most giving people in the world, and we are more than willing to help those in real need.

Further, the Tea Party is innovative about improving the country, and we create solutions that help everybody. The Tea Party Scholarship Fund is one such solution.

Scholarship recipients must know and explain the core principles of the Tea Party, as well as the Constitution. They must tell us what it means to be an American and why that is a privilege…NOT an entitlement.

The true message of the Tea Party has been shut out.

Take a moment to learn about the project that will change the game. While there DONATE to support this cause.

If you want to find out how to do more, please contact us at [email protected].