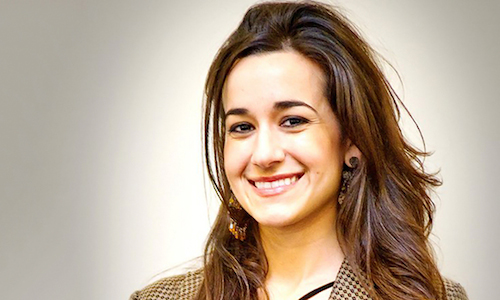 Members of both political parties use sharp elbows to rough up and discredit the opposition, but the media are supposed to call “foul” on the worst abuses. But when the media are ideologically opposed to conservatives — especially those conservatives who happen to be minorities — the abuses sometimes get lost in the shuffle.

Take what happened last week to New Hampshire state representative Marilinda Garcia, who announced she would challenge incumbent Democratic representative Annie Kuster in a highly competitive district that has switched party control in three of the last four elections.

Democrats were clearly rattled by the 30-year-old Garcia’s entry. Democratic-party communications director Harrell Kirstein said she would inevitably be part of a “reckless race to pander to the same extreme right fringe of the Republican Party that forced the federal government shutdown.”

He called her a “loyal rubber-stamp” for the “irresponsible” agenda of former GOP house speaker Bill O’Brien.

Tough but in bounds.

But then prominent Democratic state representative Peter Sullivan, a self-described leader of the legislature’s “progressive” bloc, entered the picture.

Using his Twitter account, he compared her unfavorably to O’Brien and conservative state representative Al Baldasaro this way: 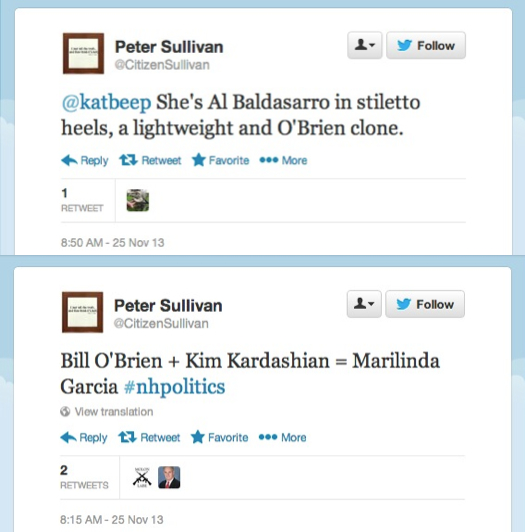 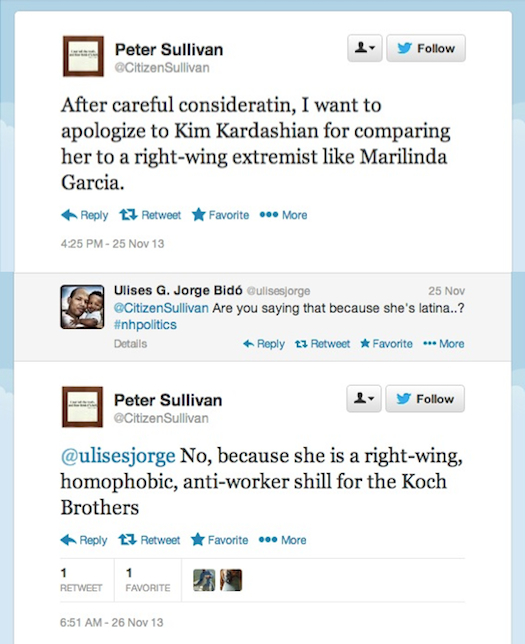