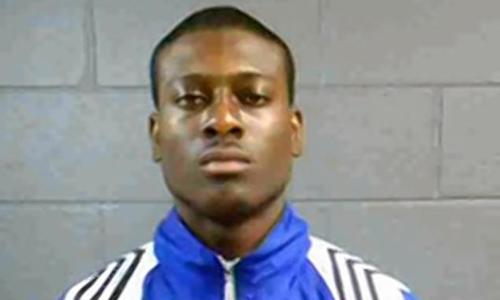 One of the advantages of the holiday season is that employment opportunities usually manifest, even at McDonald’s.

Knowing this trend, 31-year-old job seeker, Tevin Kievelle Monroe, wanted to convey to a prospective employer that he was a straight shooter… literally.

A motivated Monroe strolled into a Norfolk (Virginia) McDonald’s restaurant and asked the manager for a job application. The manager informed him (twice) that the application process was handled online.

While most of us would’ve thanked the manager and exited the store to complete the application online, Monroe was determined to obtain a physical, on-site application.

He was so determined that he lifted his shirt and revealed to the manager an item that was tucked in his waistband. And no, it wasn’t a resume…it was a gun.

Upon seeing the gun, the quick-thinking manager asked Monroe to have a seat while she searched for an application.

While retrieving the application, she managed to call the police without raising suspicion. After the 911 call was made, she handed the paperwork to Monroe and he began to fill it out.

Undoubtedly, this man was gunning for a position. In fact, he was still filling out the application when the police arrived.

He was summarily arrested.

Monroe was charged with carrying a concealed weapon, brandishing a firearm, and disorderly conduct.

Suffice it to say, he didn’t get the McDonald’s position.

Perhaps his unconventional approach to employment would’ve been successful at Burger King. After all, their motto is “Have it Your Way.”

Although he botched this employment opportunity, I envision other opportunities for him, specifically, on a penitentiary chow line.

Sure, prison pay is minuscule. However, the ObamaCare benefits are plentiful. 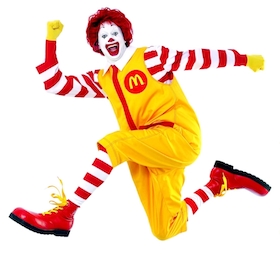