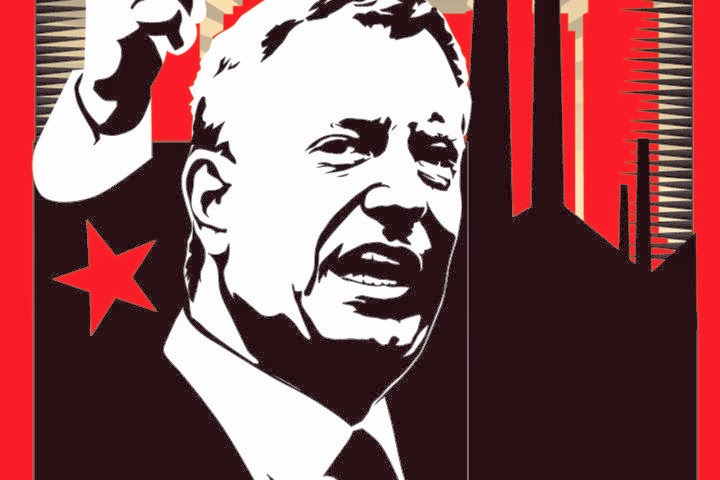 New York City’s Mayor de Blasio has been sworn in, and his remarks at the ceremony proved that he is unabashed in his affection for progressivism.

De Blasio vows to level the playing field, punish the rich, share the wealth, and further the progressive vision in the City That Never Sleeps.

Speaking directly to Slick Willy, who attended with Hillary “Claw Her Way to the Top” Clinton, de Blasio said, “[O]ver 20 years ago, when a conservative philosophy seemed dominant, [Clinton] broke through — and told us to still believe in a place called Hope.”

As for presidential hopeful Hillary, de Blasio thanked her for informing America that “It Takes a Village” to raise a child. Things got so blatant, Department of Sanitation chaplain Reverend Fred Lucas, Jr. of the Brooklyn Community Church even went so far as to call the city that used to symbolize opportunity and success a “plantation.”