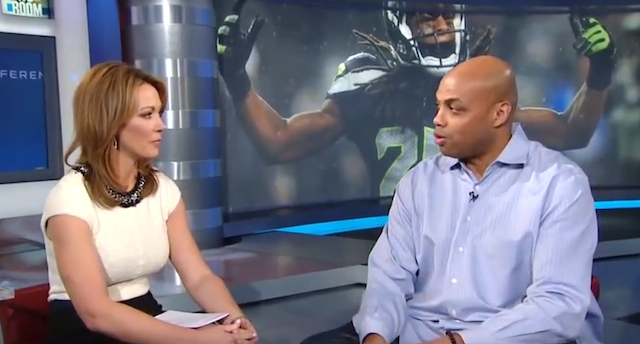 Recently Charles Barkley said that using the terms “thug” and “street cred” are the equivalent of the N-word…and that’s “turrible.”

I guess I called Justin Bieber “a n*igga” when I said that little punk wannabe was acting out in order to gain street cred. Who know that thug had a color?

Go with me a moment into the very near future, when Obama is no longer president (thank ya, JESUS!). As soon as he’s out of the oval office, you can count on “Obama” accusing you of using the N-word.

You will say it harmlessly enough, as in:

“I’m so glad Obama is gone. Maybe the country can recover.”

You will be accused of being racist, and told that you are speaking in “code.” Your informant will tell you that “Obama” is code word for “that n*igger president.”

That PC word policeman will also tell you that you should refer to him as President Obama, Heavenly Father Obama, or Prophet Obama — terms which have no connotation of “blackness” or “thugdom” associated with the worst president in American history.

Remember when saying “Hussein” in using Obama’s FULL made-up name, so-called progressives pulled a muscle!? The very deranged Touré of MSNBC wrote “How to read political racial code,” where he explains that words like welfare and crime are code words.

Using certain words to invoke racialized fear and scare white working class voters is a long-established part of the Republican playbook. The GOP is a 90% white party and has been for decades.

Do Democrats use racial code? No. The Democratic party is a racially diverse coalition…In fact, the party has risked alienating white working class voters by fighting for people of color, a tightrope perhaps best symbolized by President Johnson signing the 1964 Voting Rights Act.

Touré conveniently forgot to mention that LBJ, like most Democrats of the day, was racist and felt forced to sign the ’64 Act to accrue the black vote.

I’m just warning you thugs looking for street cred: Be careful out there. The Obama’s are lurking!