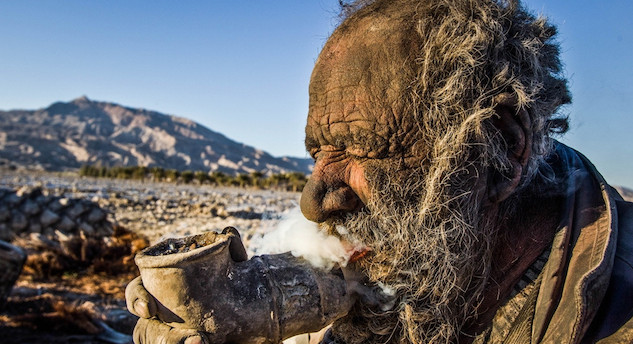 I know the Occupy pukes are supposedly made up of the 20-somethings.

AKA the Millennials, a group of proud, self-indulgent communists who believe the world owes them a living.

All I see is a lot of very funky, spoiled little rich kids looking for a new messiah. I found him. He is a man who hasn’t bathed for 60 years.

When I tell you that the OWS crowd is funkier than a fat man’s drawers, it’s not speculation.

I was on a jury for one of them, and there was a crowd of OWS onlookers in the back of the court room. At first I thought they were part of a film crew making a documentary, because they were filming the proceedings. During my day of doing my civic duty, I passed the group a few times always noting the stench that permeated as we passed.

Not one to jump to conclusions, I erred on the side of caution and checked my own armpits. When a bit more alone, I did a deep breath “crotch check.”

Nope, not me. I figured as much as I had showered prior to coming, but it never hurts to double check for monkey-butt.

After about the 4th pass of this crew, I confirmed it was THEM!

This band of gypsies had been paid to traverse the country together to raise hell in various cities in order to grow the OWS movement. Apparently they enjoyed the aroma of funk in their vehicle as they huddled together, because they funk enough to wear AND to sell.

Back to the guy who hadn’t bathed or showered for 60 years.

After reading his story, I knew in my heart that I had met the father of the OWS movement. I can’t imagine what grows on this man, after that much time without a bath. The human body is a walking petri dish of bacteria clean, so I can only imagine what’s there after a 60 year funkfest.

If I go three days in my own funk, I want to kick my own butt. When you get that funky, if you were wearing clothes, you have to throw them away when you take them off.

Have you ever been so funky, you actually pick your “funky” clothes to wear, because you DARE NOT wear something you like!? Exactly.

Read more about the stinkiest man on the planet…