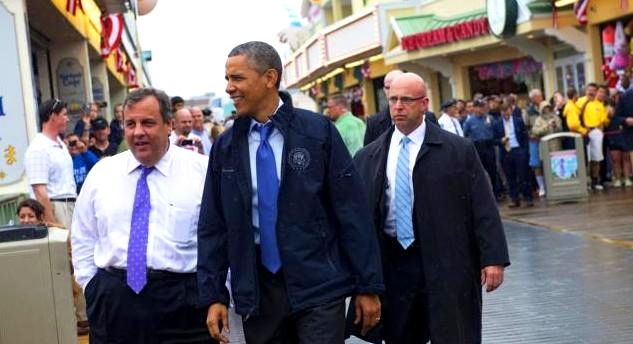 Turns out, New Jersey Governor Chris Christie’s tryst with Obama was little more than a booty call for Barry.

After spooning on the beach with Obama, Christie figured he was impervious to investigations. But Obama has no true friends, only useful idiots. Or so former presidential hopeful Christie quickly learned.

After all the scandals plaguing the Obama administration, Christie makes a great scapegoat to get the microscope off his former, tall, think Kenyan paramour.

Bridgegate is now bigger than Benghazi, Fast and Furious, and all the other Obama non-scandals, and federal prosecutors have escalated their criminal investigation into allegations that Gov. Chris Christie’s aides created traffic jams as political payback. Subpoenas have been issued.

But the subpoenas are not just for Christie, but also to the state Republican committee. Ouch! That’s gotta hurt.

One day soon, Republicans will learn that there is no spooning with Democrats that won’t leave you sore and emotionally scarred.