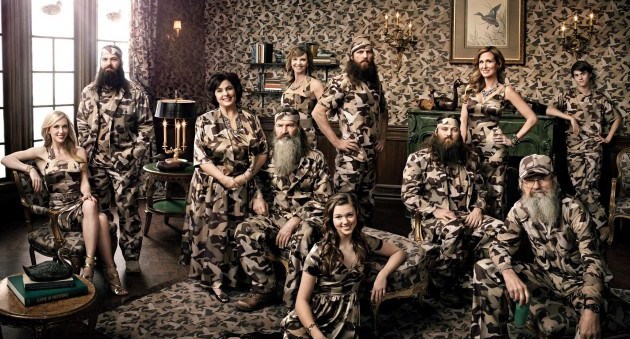 With A&E Network facing an avalanche of public protest and in just over one week of its decision to place family-patriarch Phil Robertson on “indefinite hiatus” from its mega-hit reality series Duck Dynasty, the network caved.

When the PC outrage industry went into high gear with an angry Gay & Lesbian Alliance Against Defamation (GLAAD) demanding Robertson’s head regarding his comments on homosexuality in an article by Drew Magery in the January 2014 issue of GQ (the magazine commonly viewed as having branded the concept of “metrosexual”), A&E executives promptly suspended Robertson from the enormously popular, cable-TV program, and support for his suspension echoed throughout the conventional media with cries of his being “homophobic” and “antigay.”

In the article, when asked about his religious faith, Robertson noted that his own youthful debauchery was self-destructive and put his marriage on the rocks, and that these were reversed only by his conversion to Christianity. He added that he now considers sexual relations other than those between a man and woman in wedlock to be sinful.

Editor’s note: I was contacted by David J. Theroux, who had seen my previous articles on Phil Robertson and Duck Dynasty.

David thought, and I agree, that the thousands of readers who seemed to appreciate my articles might very well be interested in his series re the “Secular Theocracy.”

We are indeed in a clash of values, and Main Stream Media and the Progressives are glaringly loud and do not follow any rules of decorum. It’s high time Conservatives and people of faith took the offensive and exposed the pervasive “religion of secular humanism” for what it is — a hate-filled, intolerant and godless worldview.