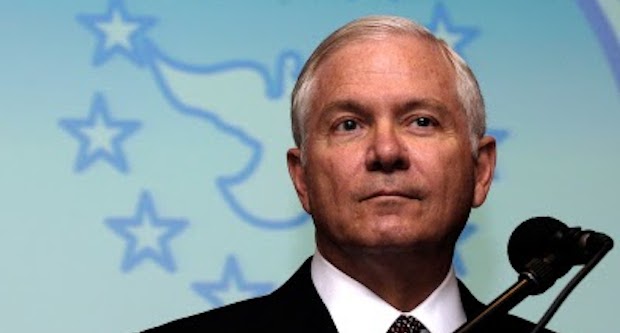 Duty, due for release January 14, breaks new ground as the 594 page memoir paints a sharply pejorative picture of Obama and his feckless foreign policy: it’s very atypical for former key cabinet personnel to publish such a stark critique.

…former defense secretary Robert Gates unleashes harsh judgments about President Obama’s leadership and his commitment to the Afghanistan war, writing that by early 2010 he had concluded the president “doesn’t believe in his own strategy, and doesn’t consider the war to be his. For him, it’s all about getting out.”

Leveling one of the more serious charges that a defense secretary could make against a commander in chief sending forces into combat, Gates asserts that Obama had more than doubts about the course he had charted in Afghanistan. The president was “skeptical if not outright convinced it would fail,” Gates writes in “Duty: Memoirs of a Secretary at War.”

Though the book simmers with disappointment in Obama, it reflects outright contempt for Vice President Joe Biden and many of Obama’s top aides.

Biden is accused of “poisoning the well” against the military leadership. Thomas Donilon, initially Obama’s deputy national security adviser, and then-Lt. Gen. Douglas E. Lute, the White House coordinator for the wars, are described as regularly engaged in “aggressive, suspicious, and sometimes condescending and insulting questioning of our military leaders.”

Over the 40 years of Robert Gates’ public service, he has worked for every president excepting Bill Clinton, and maintained a consistent reputation as the penultimate team player. So it is all the more telling that Gates dispenses with his stoic demeanor and roundly excoriates President Obama.

“All too early in the [Obama] administration,” he writes, “suspicion and distrust of senior military officers by senior White House officials — including the president and vice president — became a big problem for me as I tried to manage the relationship between the commander in chief and his military leaders.”

Gates offers a catalogue of various meetings, based in part on notes that he and his aides made at the time, including an exchange between Obama and then-Secretary of State Hillary Rodham Clinton that he calls “remarkable.”

He writes: “Hillary told the president that her opposition to the [2007] surge in Iraq had been political because she was facing him in the Iowa primary. . . . The president conceded vaguely that opposition to the Iraq surge had been political. To hear the two of them making these admissions, and in front of me, was as surprising as it was dismaying.” 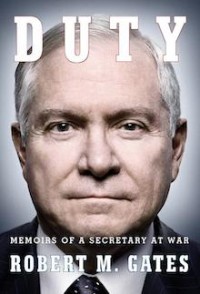 Robert Gates, like all mindful tacticians, was a diligent note-taker, thus supplied with copious amounts of substantiated content and context for Duty.

And Gates, known as a man who did his duty throughout many administrations, with the release of his memoir, now lives up to the quote attributed to Abraham Lincoln’s war secretary, Edwin Stanton, “God help me to do my duty.”

Only this time around, Robert Gates’ duty is not to a sitting president, but rather to the citizens of this United States who deserve to know the truth about their elected officials.